Saturday just gone (2nd June 2018) was another lovely day for this time of the year.  So I packed the 4WD and headed down to the Fleurieu Peninsula south of Adelaide, hoping to activate the Gum Tree Gully Conservation Park.  I have never activated this park previously and have tried to access it previously without success.  And I was to be disappointed again this time around.  I drove down Hammond Road and spoke with one of the land owners and I found that access gates to the park from this road was now locked.  I obtained the actual farmers name and tried to make contact them without success.  So there is more work to be done before I can get into this park.

So option number two was the Spring Mount Conservation Park 5CP-219 & VKFF-0789.  I have activated this park previously, but it is such a beautiful park I decided to head back there. 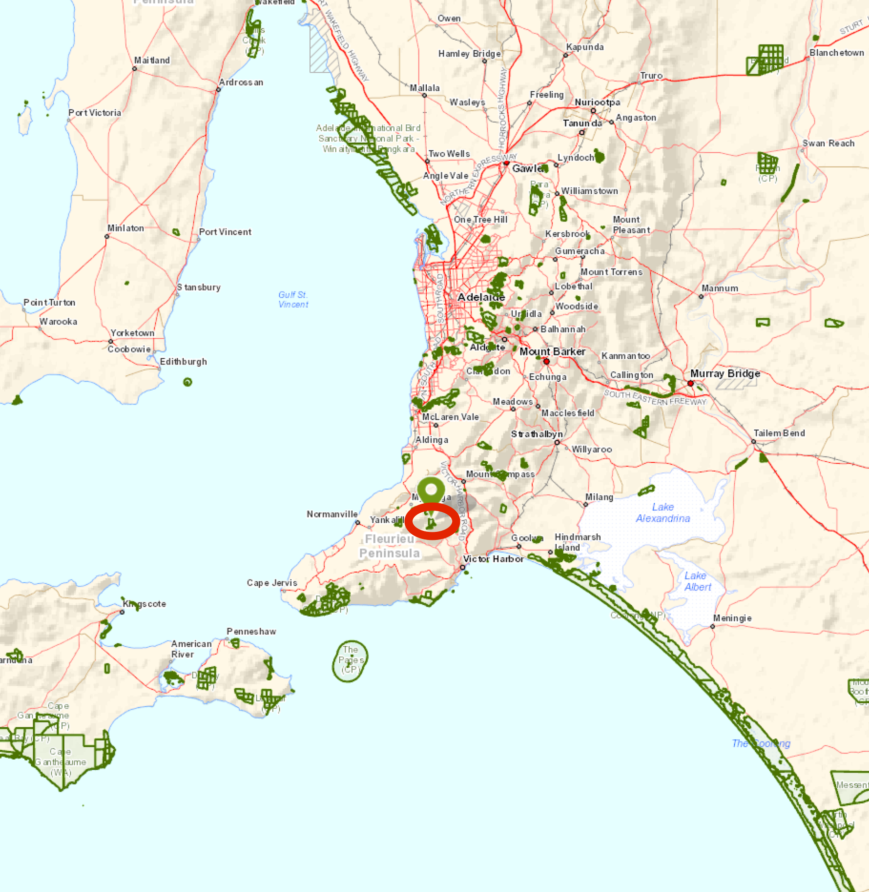 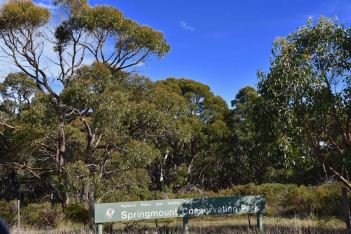 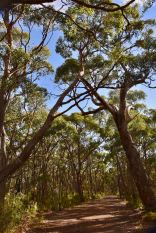 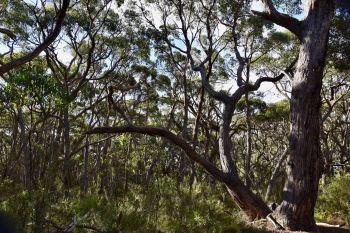 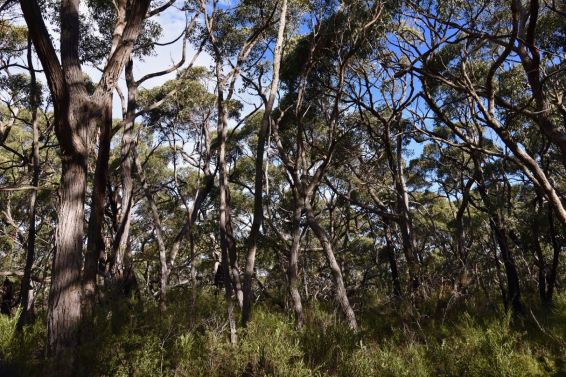 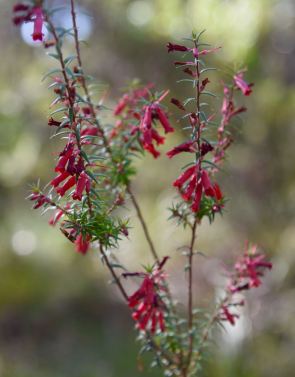 The park is mostly Open Forest of Brown Stringybark and Messmate Stringybark with understorey plants including Myrtle Wattle, Beaked Hakea, and Yacca. 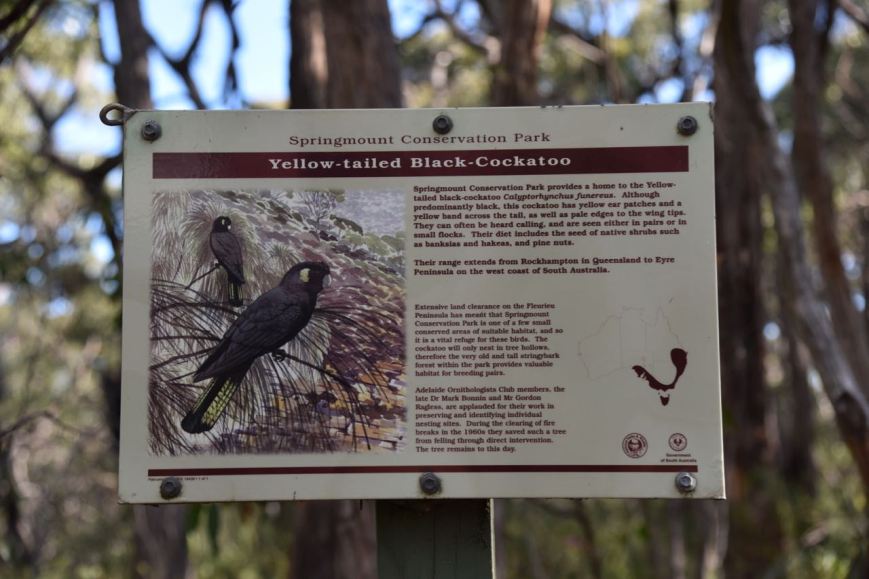 Each time I visit the park I always see a lot of Western Grey kangaroos.  And I wasn’t disappointed on this visit.  They were in abundance. 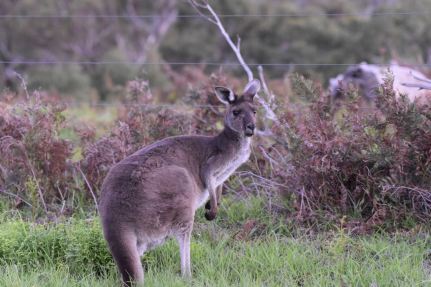 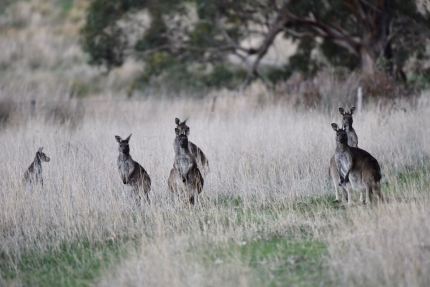 I drove along Mount Alma Road and enjoyed some great views of the surrounding countryside. 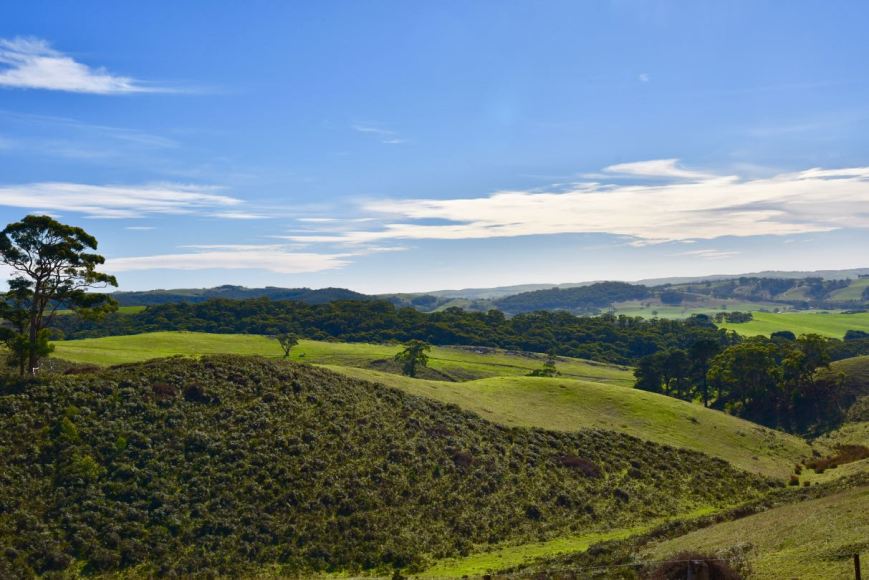 My first contact was a Park to Park contact, with a QSO with Rob VK4AAC/3 in the Buckley Nature Conservation Reserve VKFF-2054.  Rob was calling CQ on 7.144.  I then moved down the band to 7130 and started calling CQ.  Phil VK3MB came back to my CQ call, followed by Shaun VK3VLY/p and then Gerard VK2IO.  The 40m band was in quite good condition and I had a steady flow of callers.  Contact number 12 was Peter VK3PF/p who was activating SOTA summit VK3/ VE-168.  Contact number 32 was with Mike VK4DX/p activating IOTA OC-137.

I logged a total of 36 stations before I headed to the 80m band, hoping to get some of the local South Australian amateurs in the log.  My wife Marija VK5FMAZ had sent me an SMS message telling me she was listening on 40m but was unable to hear me.

First in the log on 80m was Adrian VK5FANA who was 5/9 plus.  Adrian gave me a 5/9 plus 30 signal report.  Next up was Marija VK5FMAZ and then Greg VK5GJ who was running QRP.  Rob VK4AAC/3 then called in for another Park to Park from the Buckley Nature Conservation Reserve.  My fifth and final caller on 80m was Peter VK3ZPF. 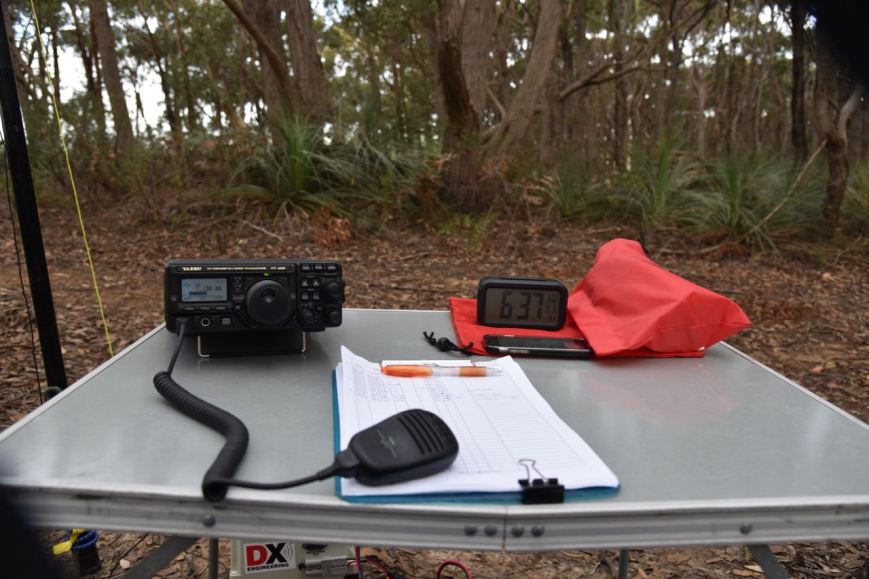 Above:- my shack for the afternoon

I then headed back to 40m and logged a further 10 stations from VK2, VK3, VK4, VK7 and New Zealand.  Regular park hunter Andrei ZL1TM made it into my log once again.  I was also called by Gar ZL3SV who was a super strong signal.  Gary advised I was peaking 20/9 to Nelson on the top of the South Island of New Zealand.  But, that was all due to Gary’s antenna, a 2,000 foot long (640 metre) centre feed sloper. 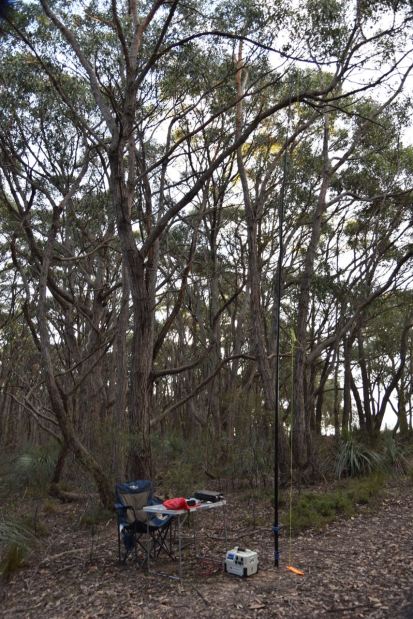 Above:- View of my operating position on the edge of the walking track

It was time to pack up and make the 1 hour journey back home.  I had a total of 60 contacts in the log.  It was slow going on the way home as the sun was just starting to set and as a result the roos were out in great numbers. 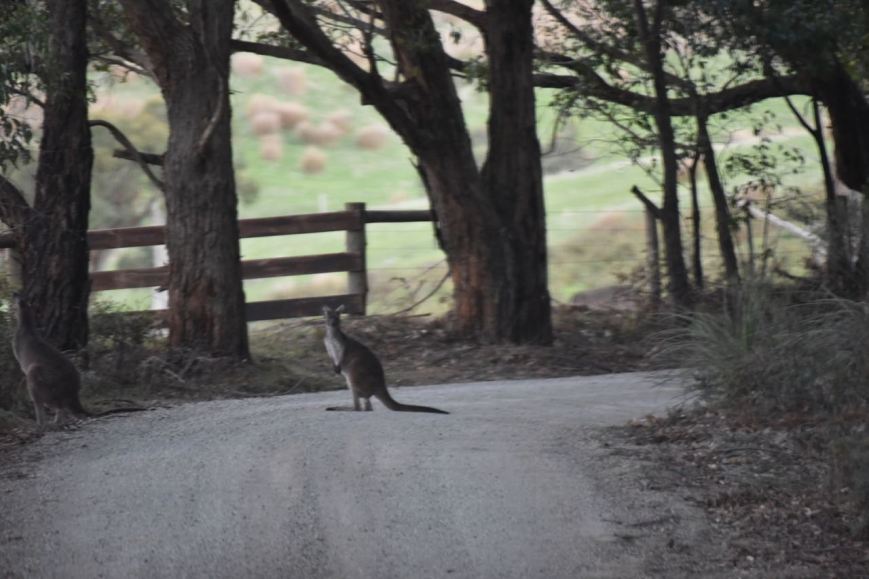 Above:- One of the other road users