After packing up at the Aberdour Conservation Park, Marija and I continued south on the Riddoch Highway.  As it was only just after lunch, and the weather was holding up nicely, we decided to activate the Desert Camp Conservation Reserve VKFF-1705.  The park is located about 235 km south east of Adelaide and about 17 km north west of the town of Padthaway.

This was to be a unique park for both Marija and I as activators in the WWFF program.

Above:- Map showing the location of the Desert Camp Conservation Reserve in the south east region of South Australia.  Map courtesy of Location SA Map Viewer.

Desert Camp Conservation Reserve is 882 hectares in size and was proclaimed on the 11th November 1993.  I have not been able to find out the origin of the park name, as there is certainly no desert here.

About 248 species of native plants have been recorded in the park.  Of these, 17 are considered rare or threatened in the south east, and 10 are either threatened or rare in South Australia.  One species, the Metalic sun-orchid is considered endangered nationally. 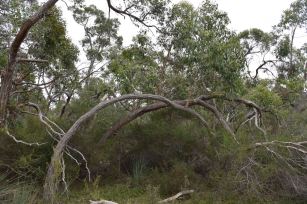 The reserve is recorded as being “the largest block of remnant vegetation in the Hundred of Marcollat” and which “accounts for over half of the remaining native vegetation in blocks greater than 25 hectares in that Hundred.”  It is surrounded by cleared farming land.

Above:- Cleared farming land to the east of the park.

I snapped the photo below of a Whistling Kite, which was perched up high in a tree in the park.  He/she kindly sat there allowing me to snap off some shots. 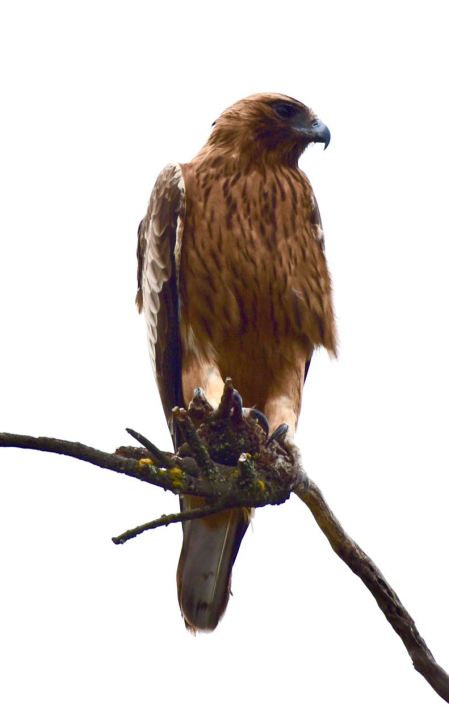 The park is easily located, just to the south of the intersection of the Riddoch Highway and Rowney Road.  The park is well signposted. 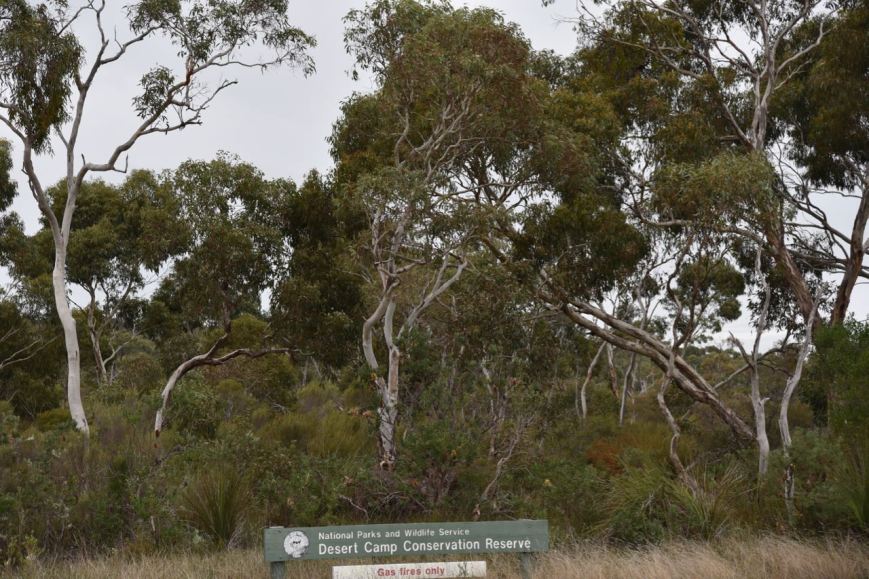 We continued south on Riddoch Highway, passing Rowney Road and followed a 4WD track into the park, which followed a fenceline.

We drove a few hundred metres along the track and found a clearing which allowed us to set up the 20/40/80m linked dipole.  As the weather was a little inclement, we rolled out the awning on the Toyota Hi Lux and sat underneath that in the deck chairs. Marija started off the activation, calling CQ on 7.139 after I had placed a spot up on the WWFF Australia Facebook page and on parksnpeaks.  Gerard VK2IO/p was first in the log, with a Park to Park contact into the Booti Booti National Park VKFF-0046.  Next in the log was Brett VK2VW, followed by John VK4TJ.  Within 10 minutes Marija had qualified the park for VKFF, with 10 contacts in the log.  Contact number 10 was with Greg VK4VXX/5.

We then swapped the mic and I called CQ on 7.139.  Peter VK3PF was first in the log, followed by Cliff VK2NP and then Andrew VK7DW.  Six minutes later I had contact number 10 in the log, with a QSO with Glenn VK4FARR.  After working Glenn, both Marija and I logged Neil VK4HNS/p who was activating the Conway National Park VKFF-0110.  This was followed by another Park to Park contact, this time with David VK5HYZ/p in the Ikara-Flinders Ranges National Park VKFF-0176. 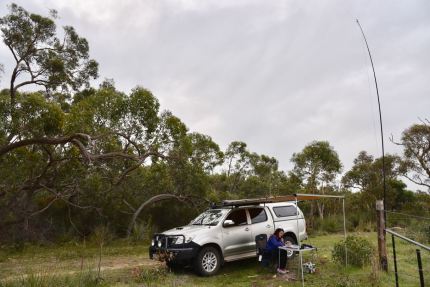 I kept calling CQ on 7.139 and had a steady flow of callers from all across Australia.  This included another Park to Park, this time with Bill VK4FW/p in the Goat Island Conservation Park VKFF-1549.  I ended up logging a total of 52 stations on 40m from VK1, VK2, VK3, VK4, VK5, VK7 and New Zealand.  It was nice as always to log Andre ZL1TM who has become a regular VKFF Hunter.  I was also pleased to work Geoff VK3MCM who had only been on air for around 2 weeks and I was his 4th contact.  Welcome to the hobby Geoff.

We then lowered the squid pole and inserted the 80m links and headed to 3.610.   I called CQ and this was answered by Rob VK3FKL who had followed me down from 40m.  Conditions on 80m were brilliant, with absolutely no noise.  I logged 11 stations on 80m from VK2, VK3, VK5 and VK7.

To complete the activation I called CQ on 14.310 on the 20m band, but sadly only logged 1 station there, Cliff VK2NP.

It was time to pack up and head off to Mount Gambier.  Desert Camp was another successful activation, with a total of 76 contacts between the 2 of us, including 7 Park to Park contacts.

We had missed the predicted wet weather, but that did not last.  We had timed our activations well, as not long after getting mobile, the heavens really opened up.  We arrived at Mount Gambier at around 5.00 p.m. and booked into our accomodation, the Motel Mount Gambier.  After freshening up we headed out for tea at the Mount Gambier Hotel. 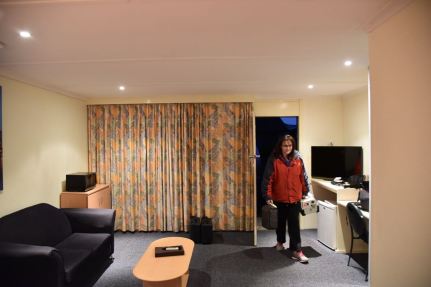