Our final activation for the trip was the Edenhope Flora Reserve VKFF-2311, located at Edenhope, about 384 km north west of Melbourne. 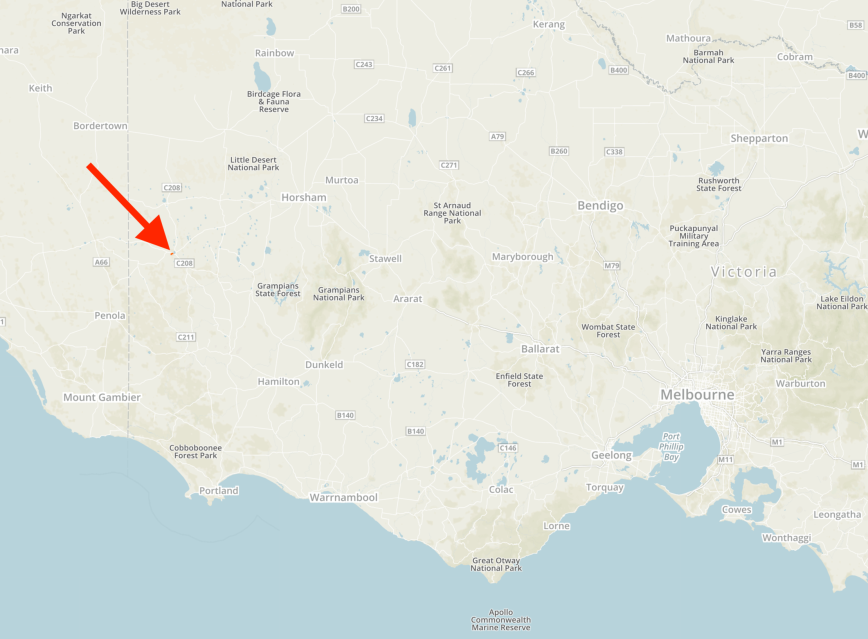 Above:- Map showing the location of the Edenhope Flora Reserve.  Map courtesy of Protected Planet.

The Edenhope Flora Reserve is about 111 acres.  Do not get this park confused with the adjacent Edenhope Natural Features Reserve. 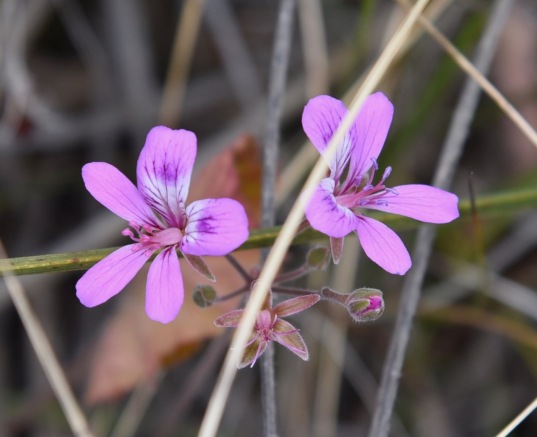 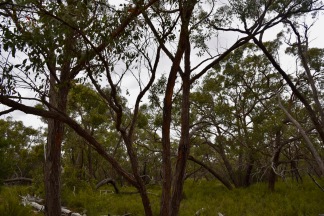 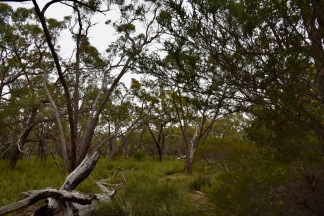 To get into the park we travelled along Charles Street and through a gate and then followed a sandy track with the golf course to our right.  The track was very sandy and I would not recommend it in a comventional vehicle, as it is highly likely you will get bogged.

We set up in the northern section of the park on the side of a sandy track.  There was plenty of room here to string out the 20/40/80m linked dipole.

It was quite late in the afternoon, 4.30 p.m. local time, and we were aware that we still had quite a distance to get home.  Marija placed a spot up on parksnpeaks and I called CQ on 7.144.  This was answered by Ray VK4NH who used his other 2 calls, and then John VK4TJ who also used his other 2 calls.  So in the space of 2 minutes I had 6 contacts in the log.

A few minutes later I had the park qualified for VKFF, with a contact with Scott VK7NWT.  I then logged Gerard Vk2IO mobile, before swapping the operators chair with Marija.

First in the log for Marija was Scott VK7NWT, followed by Ray VK4NH and then John VK4TJ.  Within 5 minutes Marija had qualified the park for VKFF with 10 contacts.  her tenth QSO being with Andrew VK2AR.

I then put out a few CQ calls on 3.610 on the 80m band and logged 4 stations there, David VK5PL, Adrian VK5FANA, Andy Vk5LA, and Kevin VK3VEK.  To complete the activation I logged 3 stations on 20m.

We then went QRT from the park.  Our apologies to those that may have needed this park, but we had a big drive ahead of us.  We will be back to get our 44 contacts from this park.

After packing up we had a look at the Aboriginal Cricket Team mural at the Edenhope College.  The aboriginal crickets practised where the college now stands before they toured England in 1868.  Local artists Win Forster and Ella McLaren are responsible for the artwork.

There is also a monument here commemorating the 1868 Aboriginal Cricket Team. 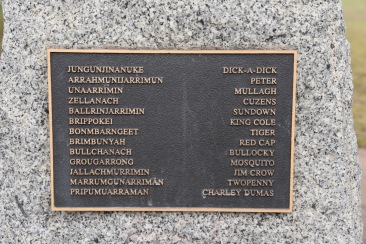 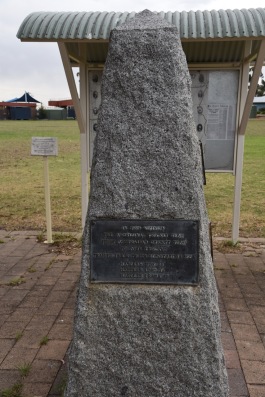 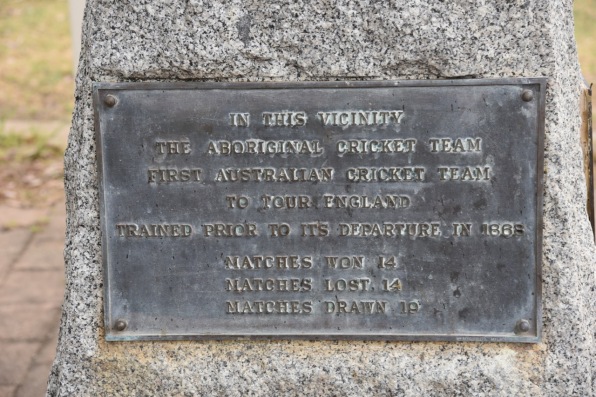 We also paid a quick visit to the Edenhope Visitor Info Centre which is houses in the former Edenhope Court House.  The old lockup building can also be found here. 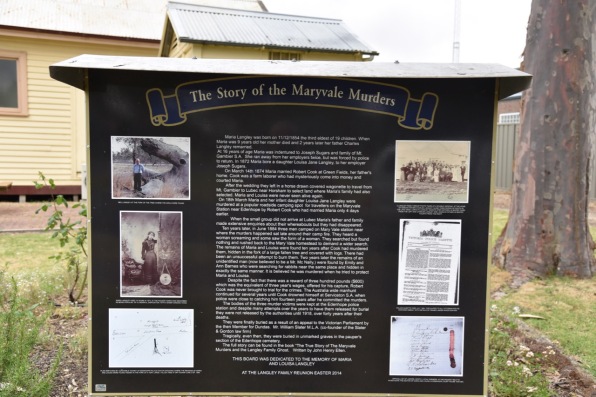 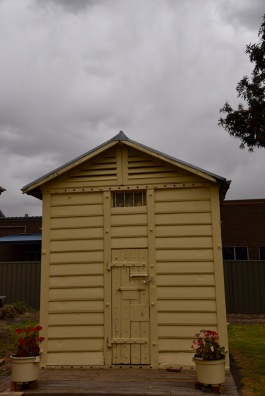 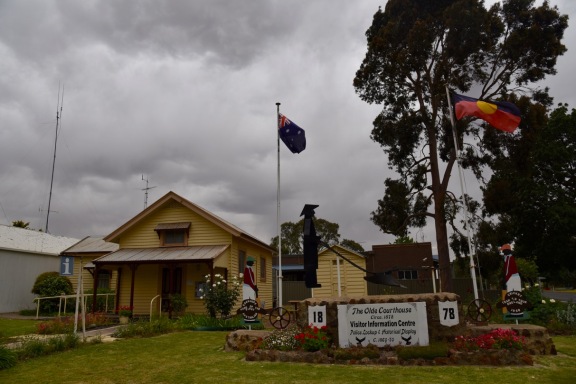 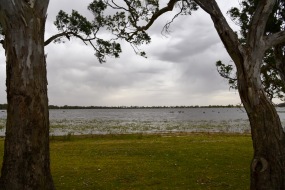 Lake Wallace was our next stop.  It is located in Edenhope.  An annual fishing competition is held here. 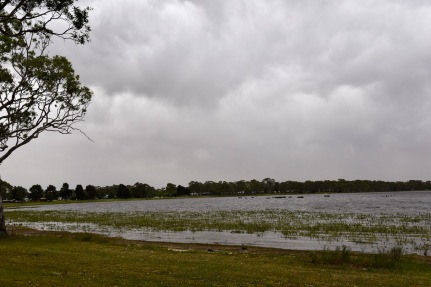 We headed out of Edenhope along the Wimmera Highway and soon reached the little town of Apsley, named after Apsley House in London.  We visited the local cemetery where Murrumgunerrimin (Jimmy Tarpot) is buried.  He was one of the Aboriginal cricket team who toured England.  He is also the World Record holder, running backwards 100 yars in 14 seconds at the MCG on 28th December 1866. 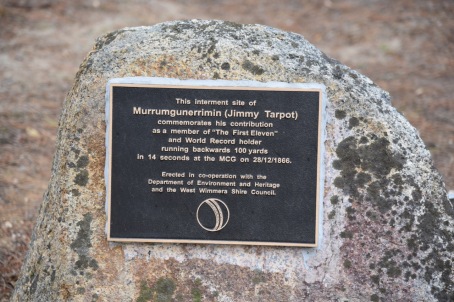 Whilst in Apsley we also looked at the large Red-flowering Gum on Wallace Street which is listed on the National Trust of Australia’s Significant Tree Register for Victoria.  It is reputed to be the largest flowering gum in Australia.  There is also a c. 1870 wooden wagon.  It was used for hauling heavy loads around a farming property in the Kaniva district.

It was 6.00 p.m. local time and we decided to stop at the Border Inn Hotel at Apsley for a meal.  And I am very pleased we did.  I enjoyed some very nice crumbed lamb cutlets.

We then headed out of Apsley on the Benayeo Road and soon crossed the South Australia/Victoria State border.  The weather had now set in, with a big storm rolling in.  As a result, there were flocks of corellas, galahs and cockatoos on the road seeking out the pools of water for a drink.

As we approached Bordertown, the heavens had really opened up.  But it soon cleared and we rewarded with a rainbow.

Our final stop was Wiese’s Horse Dip.  It was built in 1931 by local landholders using timber from nearby bulloak trees.  Its main function was to control a parasitic itch in working Clydesdale horses.  This malady caused great discomfort to the Clydesdale’s manes and tails, so much so that they used to rub constantly against fences and so cause damage to many fence lines.  Horses were walked into the dip, and due to the horses size, the operators bucketed and sponged the solution over the horses to complete the task. 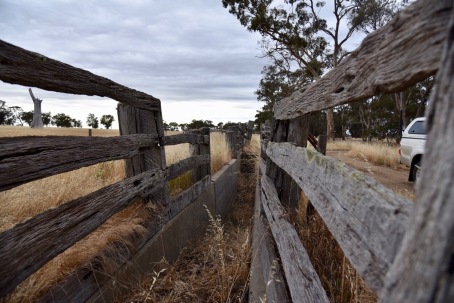 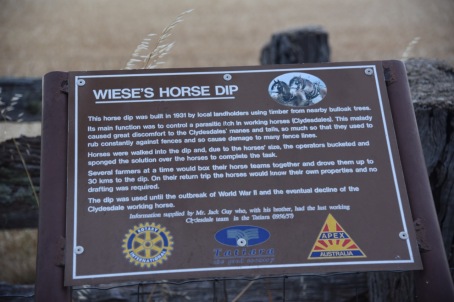 We continued along the Dukes Highway through the towns of Keith, Tintinara, Coonalpyn, Coomandook, and Tailem Bend.  And then onto the South eastern Freeway, passing Murray Bridge.  We arrived hom at about 9.45 p.m. local time, unpacked and went off to bed.  It was the conclusion of a very enjoyable trip.

THANKYOU to everyone who called us during our PARK and SOTA activations over the 2 week period.