Marija and I made a bright and early start on Friday morning (29th November 2019).  We were on the road by 6.30 a.m. local time and commenced our journey east to the town of Dimboola where we had booked in to stay for 3 nights.  We had a 358 km road trip ahead of us to get to Dimboola. 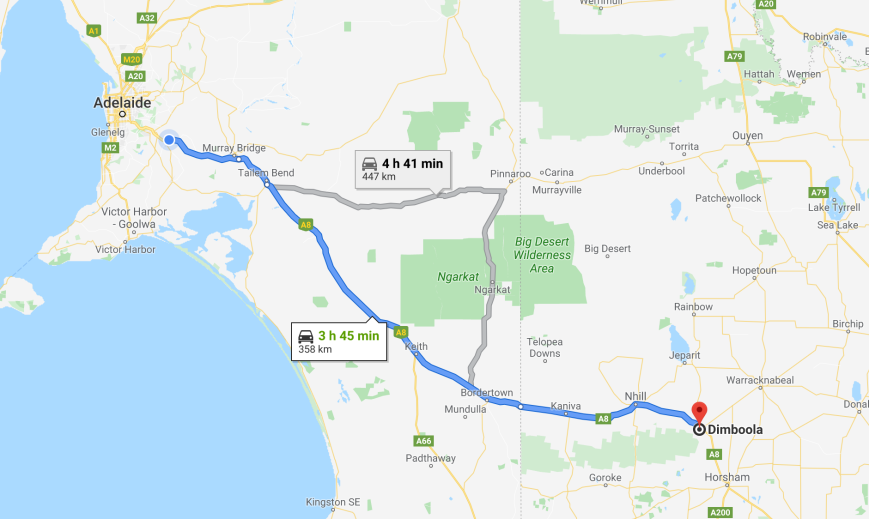 Above:- Map showing our route to Dimboola in western Victoria.  Map courtesy of Google maps.

Our first stop of the day was at Coonalpyn where we stopped at the Silo Cafe for a coffee and a bacon & egg roll.  We continued along the Dukes Highway (the main road between Adelaide and Melbourne), passing through the towns of Culburra, Tintinara, Keith and Bordertown, and then reached the state border of South Australia and Victoria.  This is where the Dukes Highway becomes the Western Highway.

We then passed through the Victorian towns of Lillimur and Kaniva and then Nhill.  As we were travelling along Marija and I booked into the 10m Net on 7.097 which was being run by Ron VK3AHR.

At Nhill we took Winiam East Road and headed towards our first park for the day, the Sheepwash Flora Reserve VKFF-2436.  This was to be the first time that the park had been activated for the World Wide Flora Fauna (WWFF) program. 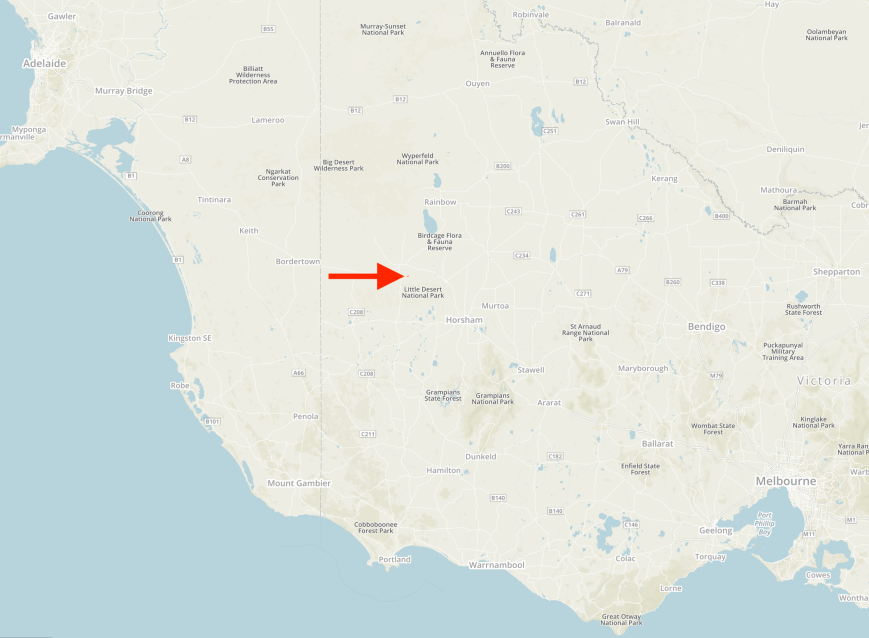 Above:- Map showing the location of the Sheepwash Flora Reserve in western Victoria.  Map courtesy of Protected Planet. Above:- An aerial view of the Sheepwash Flora Reserve, looking north towards the town of Nhill.  Image courtesy of Google maps.

The park is about 66 acres in size and is a small piece of remnant scrub surrounded by cleared farming land.  It is located just to the north of the Little Desert National Park.  It is not to be confused with the Sheepwash/Charam Wildlife Reserve which is also located in western Victoria. 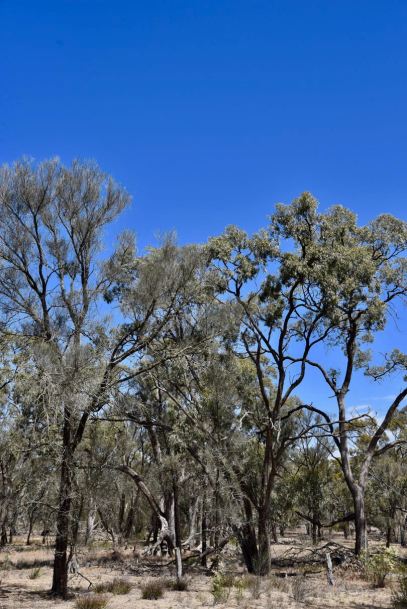 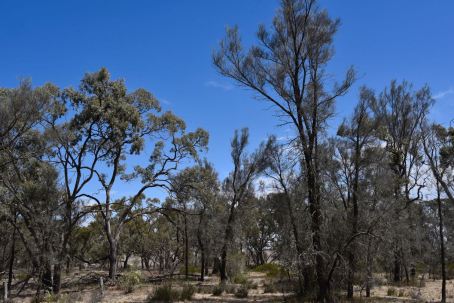 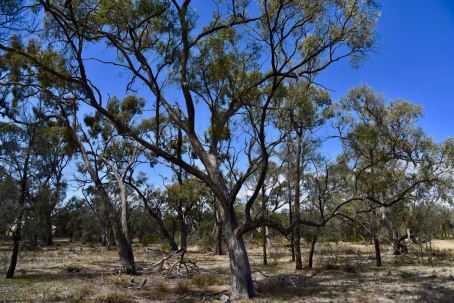 During our visit to the park, we observed a large number of Red-rumped parrots and White-plumed Honeyeaters.  I snapped the photos below. 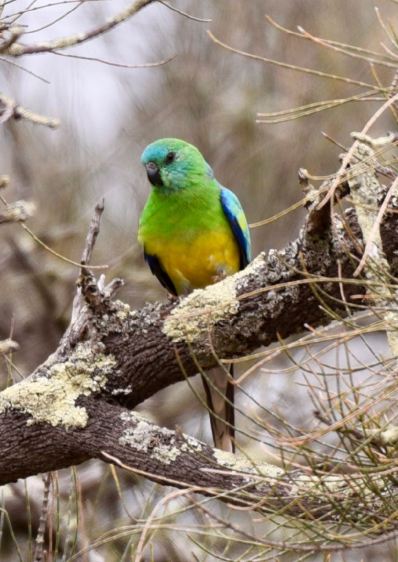 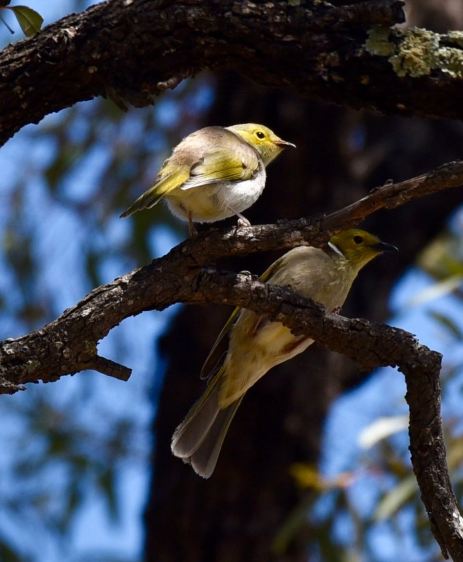 I kicked off the activation by logging Ron VK3AHR on the 10am Net, informing the group that we were going to head up to 7.144.  I then headed there, while Marija placed up a spot on parksnpeaks.  First in the log on 7.144 was Mike Vk5FMWW mobile, followed by Peter VK3PF/p who was activating a park, the Traralgon South Flora Reserve VKFF-2465.  Marija also logged Peter for the Park to Park contact.

Within 10 minutes I had ten contacts in the log, and the park was qualified for VKFF.  Contact ten was with regular park hunter John VK4TJ. 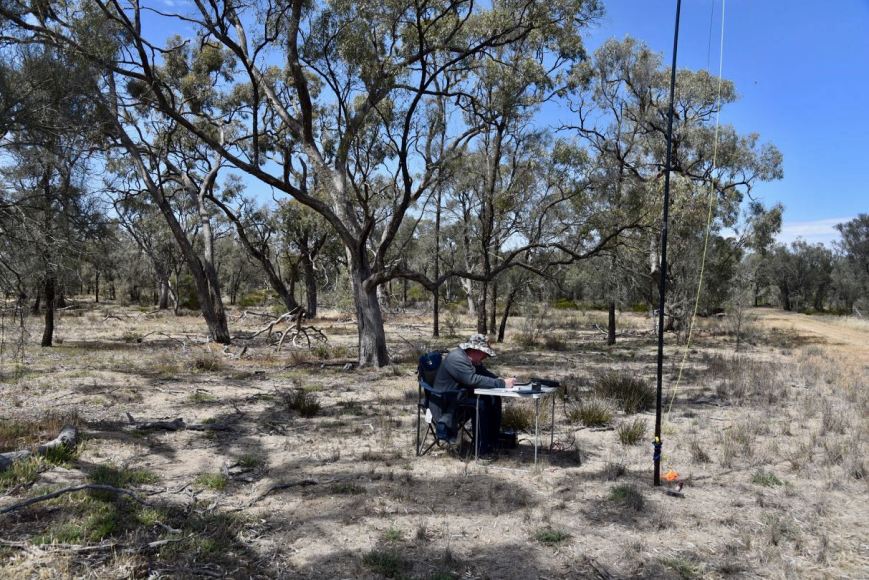 Marija logged Adrian VK5FANA, Ken VK3UH, and then Les VK7OT, all who had strong signals into western Victoria.  As Marija was running 10 watts PEP, it took her a little longer to get her ten contacts in the log.  QSO number ten was with Allen VK3ARH.  It was pleasing to see that 40m was open around VK3.  In recent times the 40m band hasn’t been performing well for the close-in contacts.

With Marija having qualified the park for VKFF, I jumped back into the operator’s chair hoping to get my 44 QSOs to qualify the park for the global WWFF program. 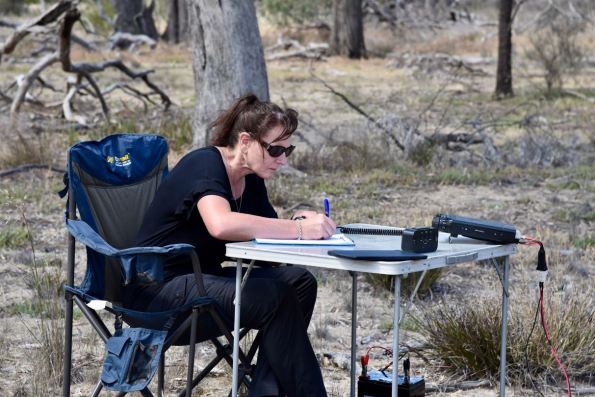 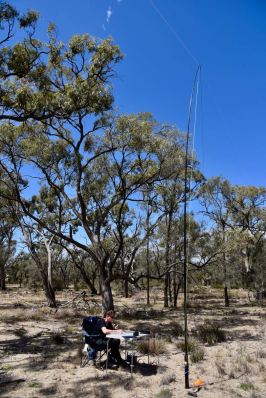 I then moved to the 20m band and started calling CQ on 14.310 while Marija spotted me on parksnpeaks.  Much to my surprise by first caller was Greg VK5GJ in the Adelaide Hills with a strong 5/8 signal.  This was followed by Nev VK5WG with a 5/9 signal from the Mid North of South Australia.  The 20m band was open for relatively close-in contacts.

I then headed down to the 80m band where I logged a total of 4 stations from VK3 and VK5. 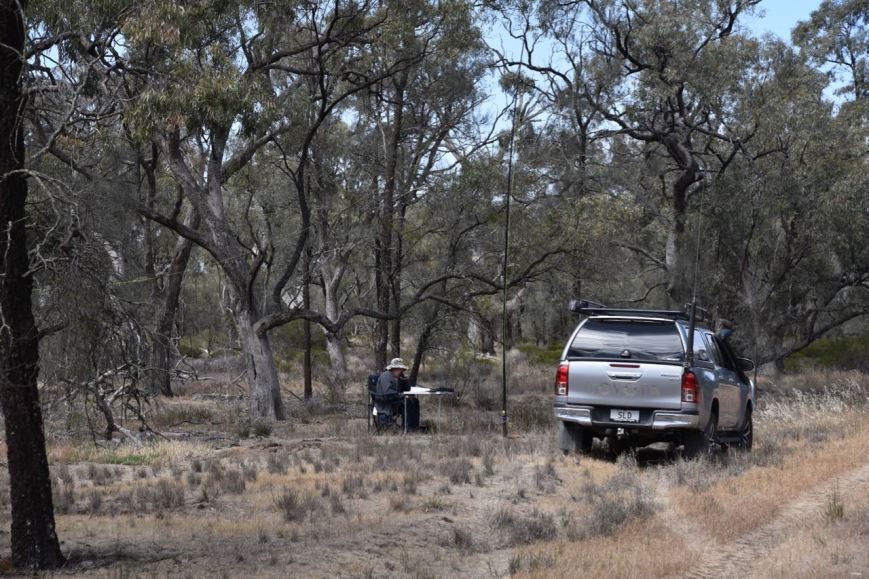 We had both qualified the park for VKFF, and I had been lucky during a weekday to get my 44, and it was time to head off to DImboola.  Between us, we had 85 QSOs in the log, including 6 Park to Park contacts.

I worked the following stations on 10m SSB:-