After leaving Pelican Lagoon I continued my drive along the Dudley Peninsula on Kangaroo Island (KI) to my second intended park for the day, the Lashmar Conservation Park 5CP-113 and VKFF-0902.

Above:- Map showing the location of the Lashmar Conservation Park on the Dudley Peninsula, Kangaroo Island.  Map courtesy of Protected Planet.

As I approached Penneshaw on the Hog Bay Road I was rewarded with some amazing views of Penneshaw, Backstairs Passage, and the South Australian (SA) mainland.  Penneshaw is a little town on the north east coast of KI and is the island’s main ferry port from the island to Cape Jervis on the SA mainland.  Penneshaw was originally known as Hog Bay due to the pigs which were released by French Commander Nicholas Baudin.  It was to eventually be named Penneshaw, which was a combination of the names of Dr. F.W.Pennefather, the private secretary to Governor Jervois, and Flora Louisa Shaw, The Times colonial editor, a visitor to Government House. 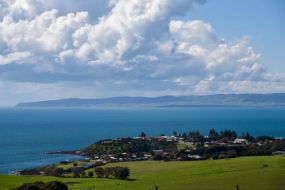 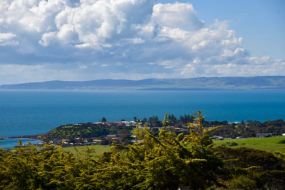 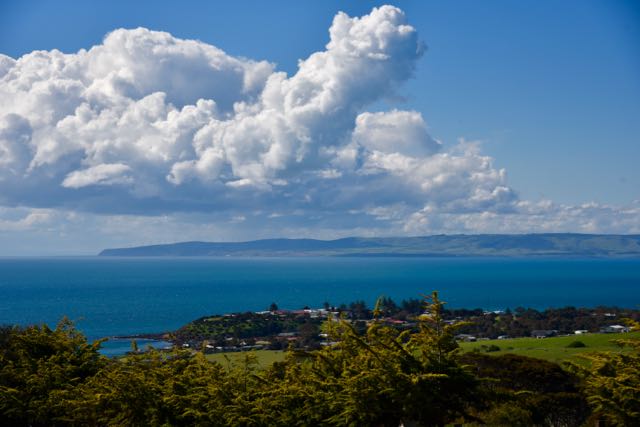 One of my various hobbies, includes family history research, and South Australian history in general.  So I couldn’t help but stop briefly at the historic Penneshaw cemetery.  This cemetery contains the graves of numerous pioneers to the island, including George Bates.

Time was marching on, so it was back in the 4WD and then onto the Cape WIlloughby Road.  On the way to the park I spoke to Dennis VK2HHA from the mobile.  He kindly put a post up on Facebook to advise the ever keen hunters that I would be set up in the park shortly.

As I drove along the Cape Willoughby Road I stopped a few times to admire the views across Backstairs Passage over to the SA mainland.

Lashmar Conservation Park soon came into view, as it is well signposted.  Lashmar is located on the north coast of the Dudley Peninsula and is 3.59 km2 in size.  The park was established on 16th September 1993 and includes the Lashmar Lagoon, a home to numerous waterbirds.  The park also adjoins the long sandy beach at Antechamber Bay, which was christened by explorer Matthew Flinders in April 1802 when he wrote in his journal:

“Our soundings were irregular, and some rocky islets being seen without sight of the opening.  I stood in at nine o’clock to look for anchorage at the east end of Kanguroo Island.  Finding no shelter there, we ran a little to leeward into a small bay, which I had observed before dark.  It is called the Ante-chamber’.

And before you pick up the spelling mistake……Kanguroo…..that’s the way Flinders always spelt Kangaroo. 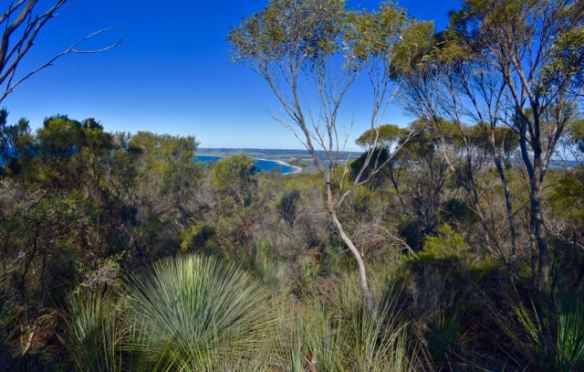 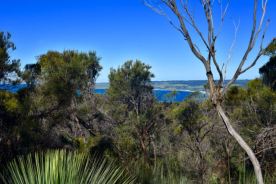 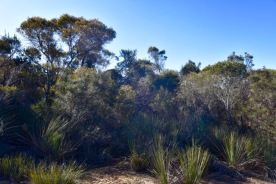 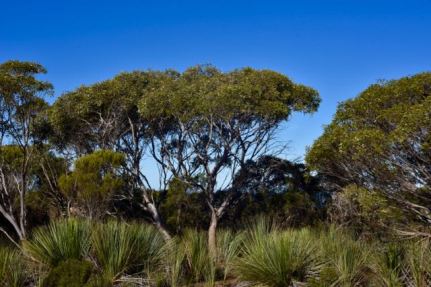 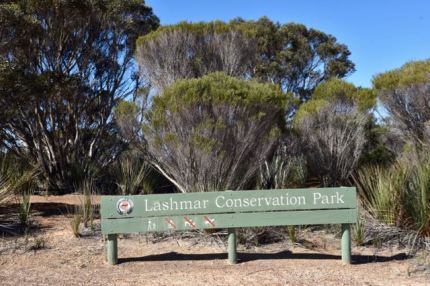 The park was named after the Lashmar family, one of the pioneering families of Kangaroo Island who during the 1850’s held the Antechamber Bay Run.  In 2012 when I attended KI for the International Lighthouse and Lightship Weekend (ILLW) I met Wren Lashmar, a fifth generation Kangaroo Islander.  Wren came out to the lighthouse and was very interested in what we were up to.

I found a small track off Cape Willoughby Road which led into a small clearing.  It was an ideal spot to set up and string out the 20/40/80m linked dipole.  It was a beautiful sunny afternoon, so I chose the shade of some gum trees. 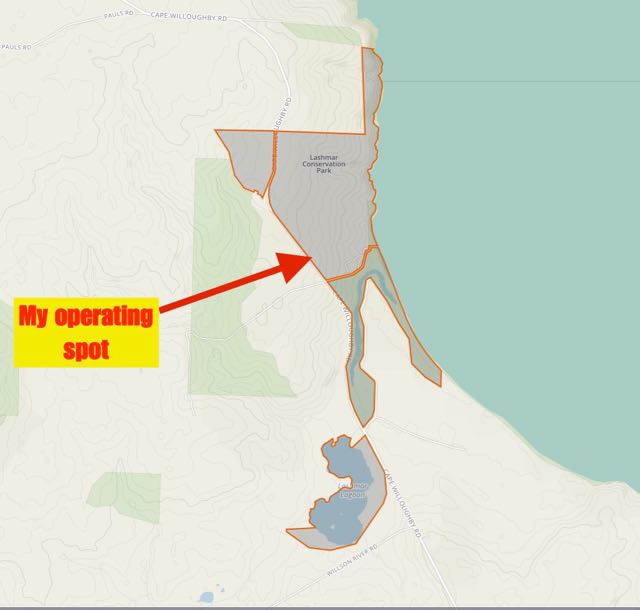 Above:- Map showing my operating spot in the Lashmar Conservation Park.  Map courtesy of Protected Planet.

Fittingly, as he had helped me earlier, Dennis VK2HHA was my first contact in the log from Lashmar.  Dennis was 5/9 plus from Albury.  Geoff Vk3SQ at Beechworth was next, followed by Ron VK3MRH and Wodonga, and then Marc VK3OHM.  All had 5/9 or 5/9 plus signals into Lashmar.  As is often the case with park activations, the first 10-15 minutes was quite frenetic, with a mini pile up developing.  Callers were from VK2, VK3, VK4, VK6, and VK7.  Noticably absent was VK5.  All except for Michael VK5FMLO in the southern suburbs of Adelaide who was 5/7 (5/8 received).  It was clear the 40m band was not open for most of the areas of VK5.

The signals coming in from Western Australia, considering the time of the day, were particularly good.  Mike VK6MB was a good 5/7 (5/5 received), Max VK6FN was also 5/7 (5/5 received), and Peter VK6APZ was 5/3 from his mobile (5/3 received).  I made one Park to Park contact during this activation at Lashmar, and that was with Geoff VK4XA who was portable in the Forty Mile Scrub Conservation Park VKFF-0181.

I worked a total of 34 stations and then headed to 20m where I spoke with Rick VK4RF/VK4HA and Mike VK6MB.  Both had good signals to Lashmar, but despite numerous CQ calls, they were my only takers on the 20m band. 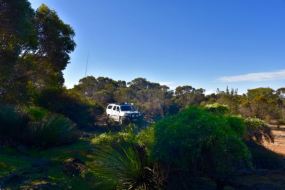 So it was off to 80m for me, and first contact there was with Adrian VK5FANA on the Yorke Peninsula.  Michael VK5FMLO then called in, and this was followed by Mick VK3GGG/VK3PMG.  Mick was a good 5/7 signal to me, but somebody he was having great difficulty with me.  We perservered for a few minutes until we successfully exchanged signal reports.  Just at the same time that somebody came up and relayed the signal report.  Fortunately, Mick and I had legitimately made the contact.  I’ve mentioned it in a previous post, PLEASE DO NOT RELAY SIGNAL REPORTS.  Doing so, makes the contact invalid.  I suspect the offender was from VK5, as their signal strength was very strong.  Despite me asking them if they would like to come up and make a contact, they declined.  The silence was deafining.  My final contact on 80m was with Gerry VK5NMG at Moonta Bay on the Yorke Peninsula.

I headed back to 40m briefly, working a further 7 stations, making my total QSO count from Lashmar, 49.

Thankyou to the following who spotted me on parksnpeaks, Facebook, Yahoo group, etc.  It really does help.  They included David VK5PL