After packing up at Avon Plains, Marija and I headed into the town of St Arnaud, and then headed east out of town along the Wimmera Highway.  Our next planned activation was a SOTA activation at Mount Moliagul.

We stopped briefly at Kooreh to have a look at the Major Mitchell monument.  Lieutenant Colonel Sir Thomas Livingstone Mitchell (15 June 1792 – 5 October 1855), was a surveyor and explorer of south-eastern Australia.  The monument commemorates Mitchells’s passing through of this area on the 9th July 1836.

We then continued along the Wimmera Highway, passing through Logan, Burkes Flat, and then Cochranes Creek.  We then saw the sign for the Moliagul Nature Conservation Reserve VKFF-2143., and decided to pull in there quickly, for me to qualify the park from the vehicle.  We were a bit short of time to set up the portable station.

Above:- Map showing the location of the Moliagul Nature Conservation Reserve.  Map courtesy of Protected Planet.

Again, the Parks Victoria website only contains a map of this park, and no further information.  Moliagul is 530 hectares in size and incorporates existing state forest. 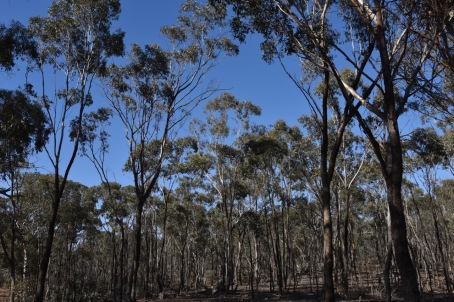 The park includes two large old tree sites and one fauna refuge and provides habitat for Powerful Owl and is a key site for Swift Parrot.

The park takes its name from the nearby town of Moliagul.  The town’s name is believed to be a derivation of the aboriginal word “moliagulk”, meaning “wooded hill”.  During the 1850’s this was a thriving area, following the discovery of gold.  This includes the world’s largest gold nugget, the Welcome Stranger, which was discovered in 1869 by John Deason and Richard Oates.

Above:- Miners and their wives posing with the finders of the nugget, Richard Oates, John Deason and his wife.  Courtesy of Wikipedia.

We drove a short distance down a dirt track on the western side of the park.  I used the Icom IC-7000 in the vehicle for this activation, along with the Codan 9350 self tuning antenna on the rear of the Toyota Hi Lux. Above:- An aerial view of the Moliagul Nature Conservation Reserve, showing our operating spot.  Image courtesy of Protected Planet.

Marija placed a spot on parksnpeaks, advising that this was a quick activation from the vehicle.  First in the log was Andy VK5LA in the Riverland region of South Australia, followed by John VK4TJ, and then Rick VK5NM.  Contact number 10, qualifying the park for me for the VKFF program, was regular parks hunter, Keith VK2PKT in Parkes.

All up I logged 13 stations from VK2, VK3, VK4, VK5 and New Zealand (ZL1TM).  I apologise to anyone else who would have liked to log this park, but we were pressed for time.  I will return one day soon to get my 44 contacts to qualify the park for the global WWFF program. 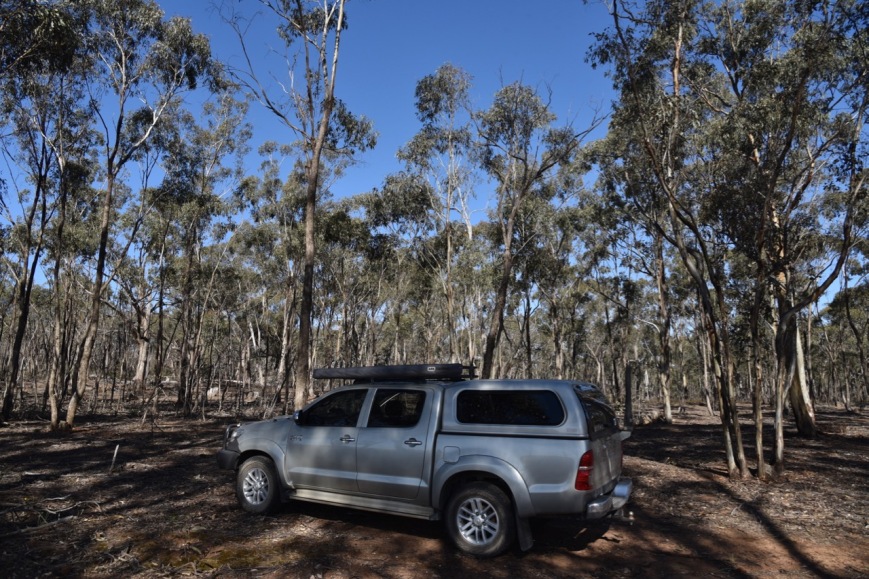