After packing up at the Barrett Flora Reserve we headed for our second park for Friday 16th November 2018, was the Avon Plains Swamp Nature Conservation Reserve VKFF-2257.

First though, we stopped off at the little town of Minyip for a bite to eat.  We stopped at Emmas Cafe, as we have done before when visiting Minyip.

The name “Minyip” is derived from the Aboriginal word for “Ashes”.  The town is known as the ‘Heart of the Wheat belt’.  Minyip was established in the early 1870’s and flourished as a service centre for the productive wheat growing district.  It is also famous as the filming location for exterior scenes in the television series ‘The Flying Doctors’, representing the fictional outback town of Coopers Crossing.  The series ran between 1986-1993 and featured 221 episodes.  The series screened internationally. 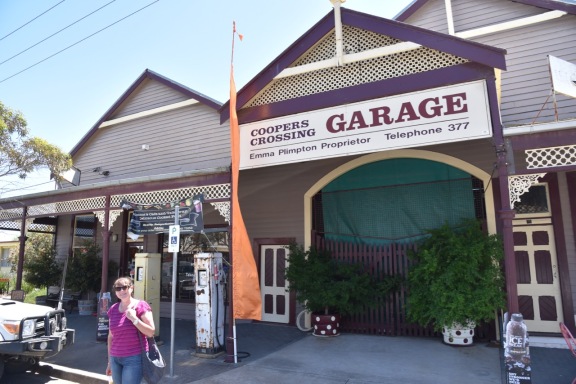 The headquarters of the Flying Doctors 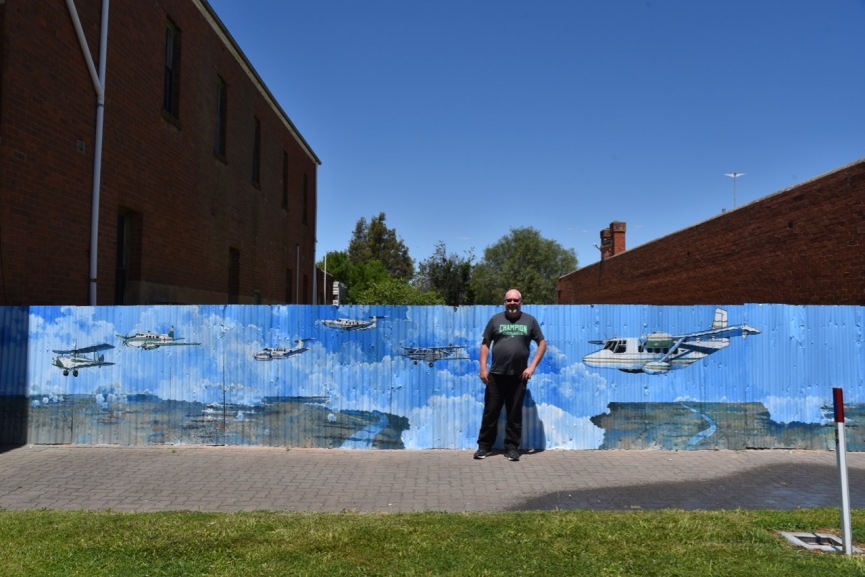 Also worth a look in Minyip is the Majestic Hotel, also known as the Club Hotel.  And the Farrer Memorial  which commemorates William Farrer (1845-1906) who pioneered the scientific breeding of wheat strains which were productive and resistant to diseases such as rust which devastated wheat harvests late in the 19th century.  This is believed to be the only monument of its kind in Australia to William Farrer.

The Club Hotel, featured on The Flying Doctors

We were looking to top up the Hi Lux with fuel, but unfortunately there was no fuel in Minyip.  This meant that we had to drive 18 km south to the town of Rupanyup.  The name Rupanyup is an Aboriginal word meaning ‘branch hanging over water’.  The town is located on the banks of Dunmunkle Creek…..whata  great name.  The town was originally known as Lallat, but by 1876 the name of the town had changed to Rupanyup.

The short detour was well worth it, as we had the opportunity of looking at the silo art on the old silos at Rupanyup.  The silo art is the work of Russian artist Julia Volchkova.  The silos feature two local residents, both members of the local Rupanyup Football and Netball Club.

Rupanyup is a quaint little western Victoria town, and features a number of historic buildings including Custs store, which is now the visitor centre.  William Cust built the first store in Rupanyup in 1872.  The local Country Fire Authority station features its own mural, the work of Melbourne artist Georgia Goodie. 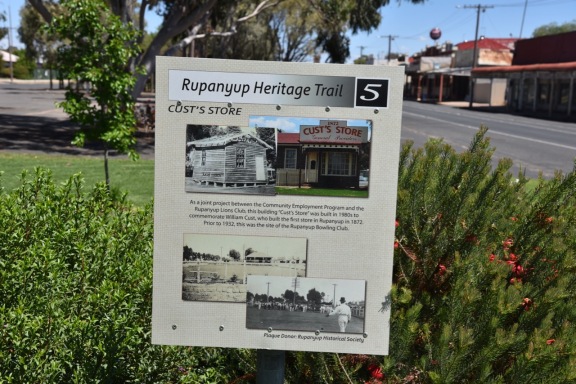 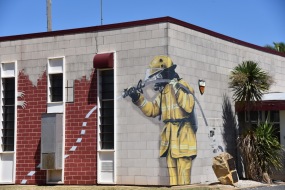 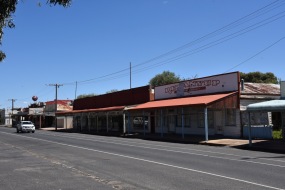 The main street of Rupanyup

We then headed to the Avon Plains Swamp Nature Conservation Reserve.  The park is sometimes referred to as Hollands Lake.  The park is located about 38 km south east of Minyip, and about 35 km north west of St Arnaud.

The park takes its name from the locality of Avon Plains, named after the Avon Plains pastoral run (1846).  The run was located near the Avon River which was named by the New South Wales Surveyor General Thomas Mitchell, on his Australia Felix expedition in 1836.

The Avon River flows through the area.  It rises on the northern slopes of the Great Dividing Range, near Beazleys Bridge, west of St Arnaud, before reaching its mouth to flow into the Richardson River at Banyena.

During the early 1870’s, farm selections were taken up in the Avon Plains area.  By 1876, local farmers at the Avon Plains hotel formed a farmers’ association.  A school was also opened in a Wesleyan chapel.

In 1903 it was described in the Australian handbook:

Again, as I was unable to find a lot of information about this park on the internet.  The Parks Victoria website only contains a map of the park.  To the north and north west of the park is the Avon Plains Wildlife Reserve which contains Hancocks Lake and Walkers Lake.  This is currently not a WWFF/VKFF reference area.  It may be in the future.

Hollands Lake was bone dry during our visit. 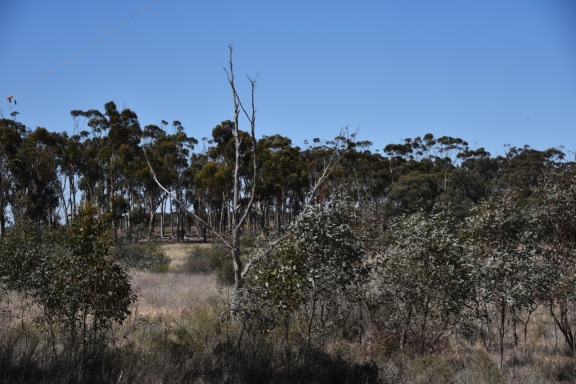 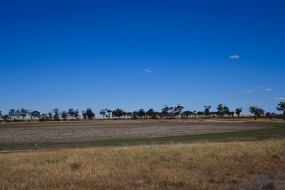 We accessed the park via the Donald-Avon Plains Road.  There is no vehicular access to this park, so we parked the Hi Lux and climbed the fence to get into the park.  It was a warm day so we were cognisant of snakes.  Fortunately we did not encounter any. 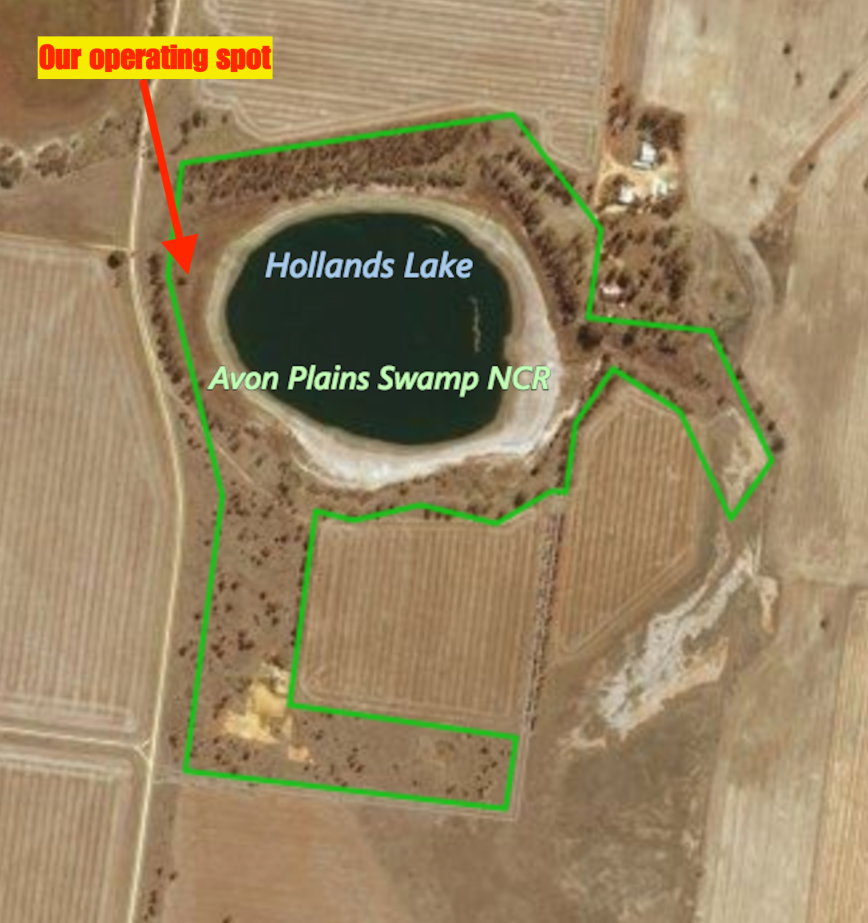 This was another unique park for Marija and I as activators.  And only the second time that the park had been activated for VKFF/WWFF.

I commenced the activation by calling CQ on 7.144 on the 40m band.  Luckily we had internet coverage, so Marija placed a spot on parksnpeaks and on Facebook.  First in the log for this activation was Geoff VK3SQ, followed by Joseph VK5WU, and then Gerard VK2IO.  Within 8 minutes I had the park qualified for VKFF.  Contact number 10 being a QSO with John VK4TJ. 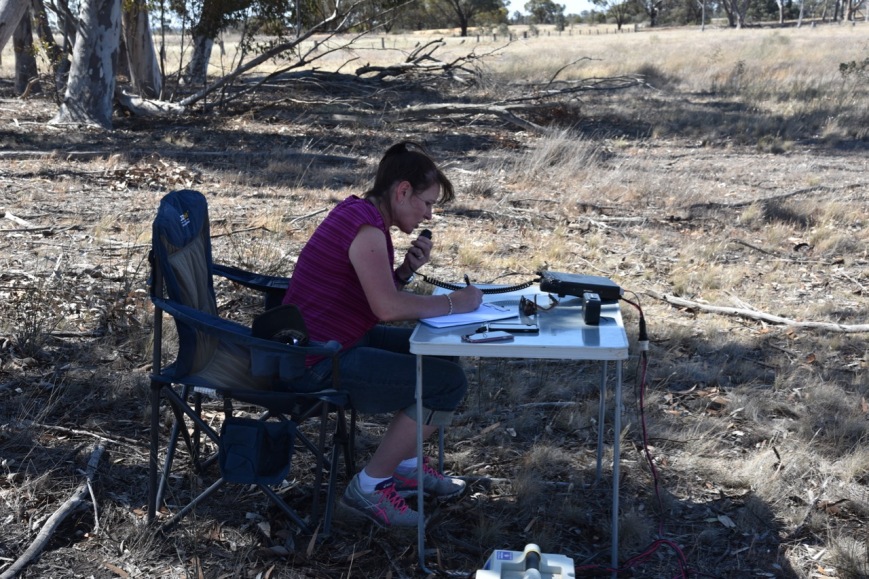 With the park qualified for Marija, I took charge of the mic again, and logged a further 19 stations from VK1, VK2, VK3, VK4, VK5, and New Zealand.  I was really pleased to log Andrei ZL1TM on 40m.

I then moved to the 80m band and called CQ on 3.610.  Geoff VK3SQ was first in the log on that band, followed by Peter VK3PF, and then Peter VK3ZPF.  I logged a total of 7 stations on 80m, and was now just 7 QSOs short of the 44 required to qualify the park for the global WWFF program.

I then called CQ on 14.310 on the 20m band, with Marija putting up a fresh spot for me on parksnpeaks.  Sadly the Over the Horizon Radar was active again on the band, making it quite difficult at time.  Jordan VK2LPF was first in the log, followed by John VK4TJ, Gerard VK2IO, and then Garry VK2GAZ.  I was now just 1 short of my 44.  Ray VK4NH came to my rescue.

I ended up with 47 contacts in the log for this park. 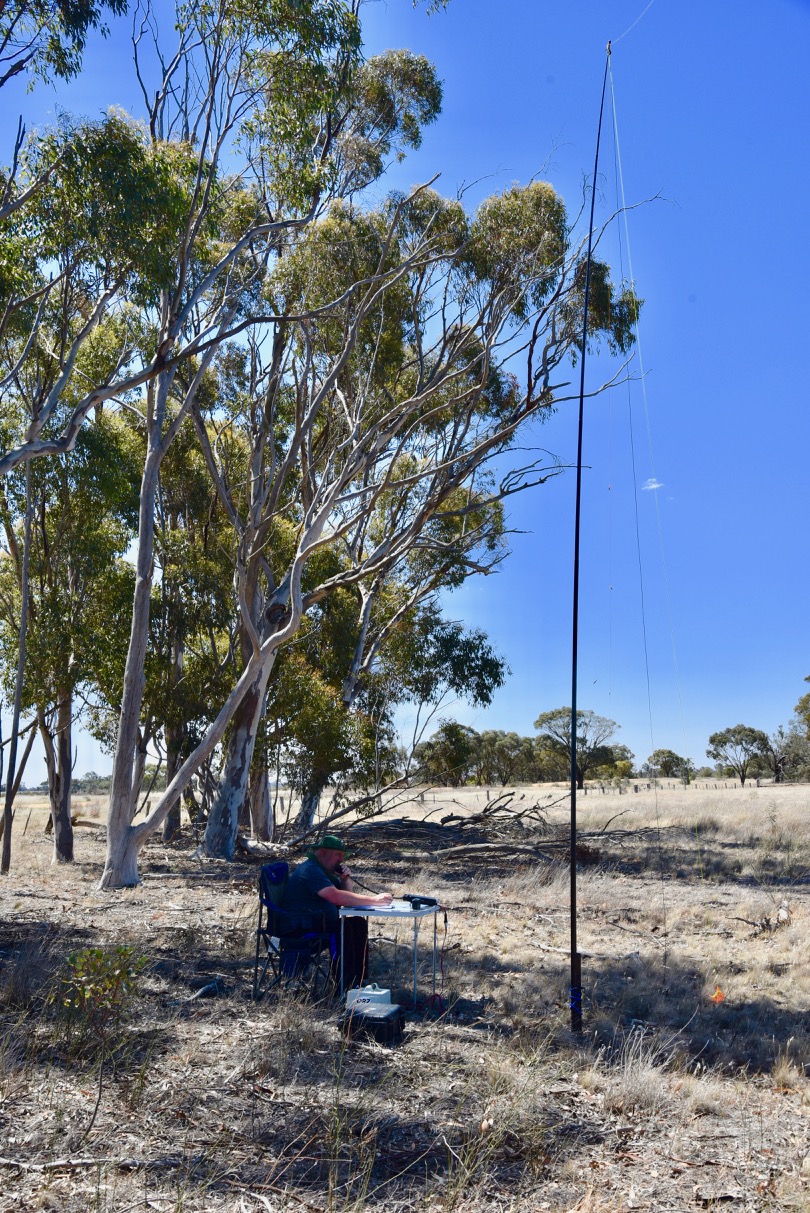