It was now our final day (Saturday 1st December 2018) of our 2 and a bit week trip away in Victoria.  Time to head home, with about 460km to get there.  We had a few parks planned and quite a bit of sightseeing, so it was going to be a long day.

Above:- Map showing our route back home to the Adelaide Hills from Hamilton in Victoria.  Map courtesy of plotaroute

Our first intended activation for the day was the Nigretta Falls Flora Reserve VKFF-2414, which is located about 16 km north west of Hamilton, and about 311 km west of Melbourne.

Above:- Map showing the location of the Nigretta Falls Flora Reserve.  Map courtesy of Protected Planet.

Don’t get this park confused with the Nigretta Falls Scenic Reserve.  They are two different parks.  The Nigretta Falls Flora Reserve does NOT include the picnic area as you enter the entrance.  The majority of the qualifing VKFF Flora Reserve is located on the northern side of the Wannon River.  Access there does not appear possible, except if you cross the Wannon River on a boat or access this area via private property.  There are however a few little sections along the river where you are within the park boundary.

Above:- The entrance to Nigretta Falls.

The Nigretta Falls were previously known as the Upper Wannon Falls.  They are fed by the Wannon River, whose headwaters are located in the Grampian Mountains.  The Wannon River descends 214 metres over its 188 km course.  It is believed that the word Wannon was obtained by Major Mitchell from the local Jardwadjali aboriginal people.

The Nigretta Falls tumble over numerous rocky outcrops and then into a large pool at the base, before continuing downstream to the Wannon Falls about 10 km away.

The falls take their name from the Nigretta pastoral run of the 1800’s.  The Nigretta Falls and the nearby Wannon Falls have been the consistent subject of significant art including works by some of Australia’s most celebrated colonial artists, such as Nicholas Chevalier, Eugen von Guerard, Louis Buvelot, S. T. Gill and Thomas Clark.

After entering the park we drove down a very rough 4WD track until we reached the dog leg in the Wannon River. 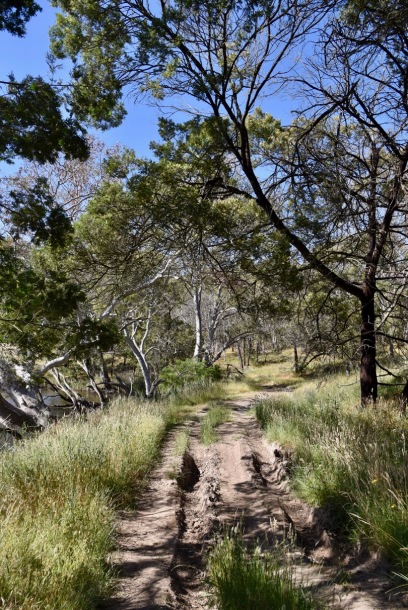 We set up alongside the river, and ran the Yaesu FT-897 and the 20/40/80m linked dipole.  It was quite a warm morning, and we kept an ever vigilant watch for snakes. Marija placed a post for me on parksnpeaks and I started calling CQ on 7.137 on 40m.  I couldn’t get on to 7.144 as there was a very strong station from the USA on 7.142.  It didn’t take long for my first caller, that being Rod VK7FRJG.  Contact number 10 was Geoff VK3SQ.  I then logged Les VK5KLV and Gerard VK2IO, before handing the microphone over to Marija. 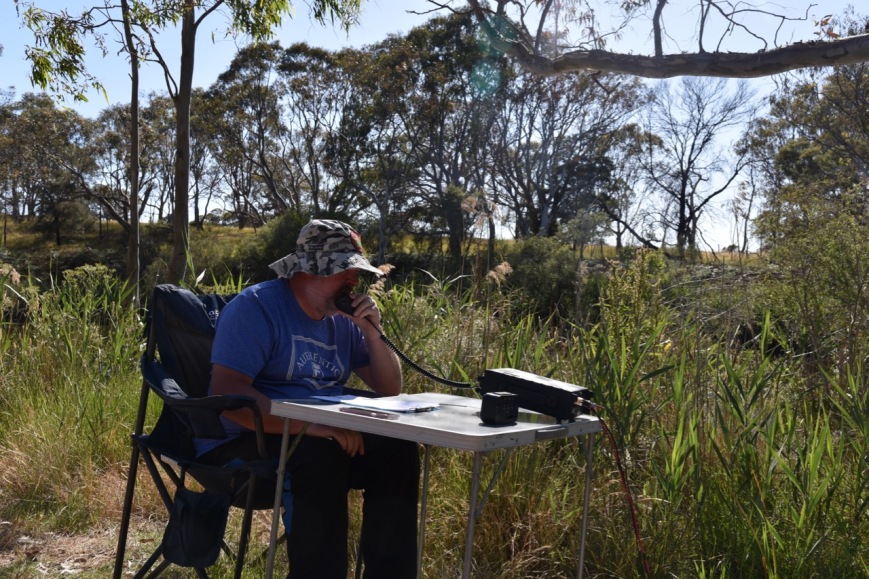 Marija’s first contact was with Geoff VK3SQ, followed by Hans VK5YX, Les VK5KLV, and then John VK4TJ.  Marija’s 10th contact was with Ian VK1DI.  Marija logged just 1 more contact, Kevin VK7KR, before handing me the mic.  I was very keen to try to get my 44 contacts to qualify the park for WWFF.

I then moved up to 14.310 on the 20m band where I logged 8 stations from VK2 and VK4.  I was now close, with 36 contacts in the log.  So I moved back to 40m and called CQ on 7.144 and logged a further 2 stations, leaving me just 7 contacts short.  But sadly, callers were few and far between, so I headed down to 7.115 and booked in to the Riverland Radio Group Net.  Ron VK5MRE, the Net Control came to my rescue, and put a call out for anybody on the net who was able to hear me.  I soon had contact number 44 in the log, Frank VK3VEF.

It was time to pack up and head off to have a look at the falls themselves, and then off to the Wannon Falls.

Once we had packed up we drove the short distance to the Nigretta Falls.  There is a viewing platform here, along with a walk down to the falls, and an information board.