Our second park for Saturday 3rd August 2019 was the Red Gum Swamp (Yanac) Wildlife Reserve VKFF-2427.  The park is located about 31 km north of the town of Kaniva in western Victoria.  This was to be another first time activation. 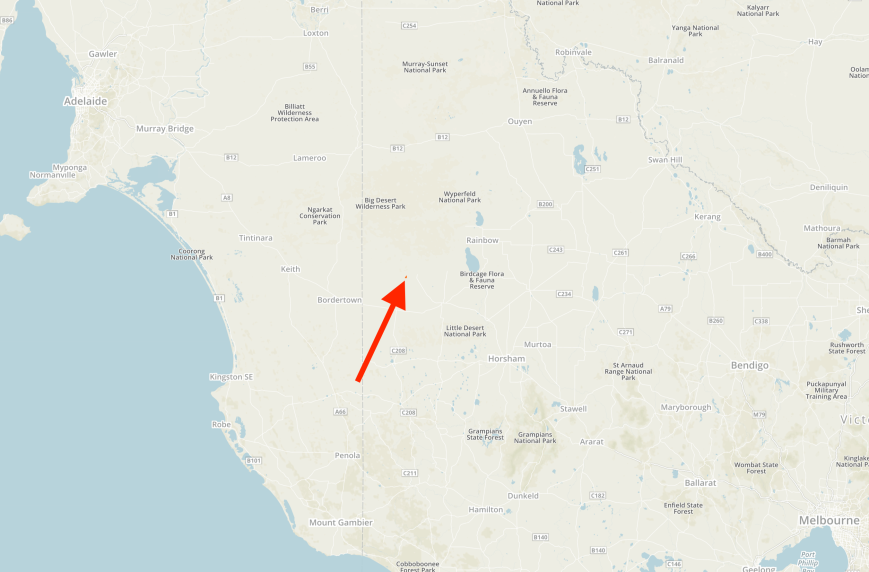 After leaving Miramparim, Marija and I headed north on Broughton Road until we reached the junction with Block 40 Road.  Broughton Road makes a sharp right turn here.  A few hundred metres up the road we turned into an access track which leads to the park and runs in between two paddocks. 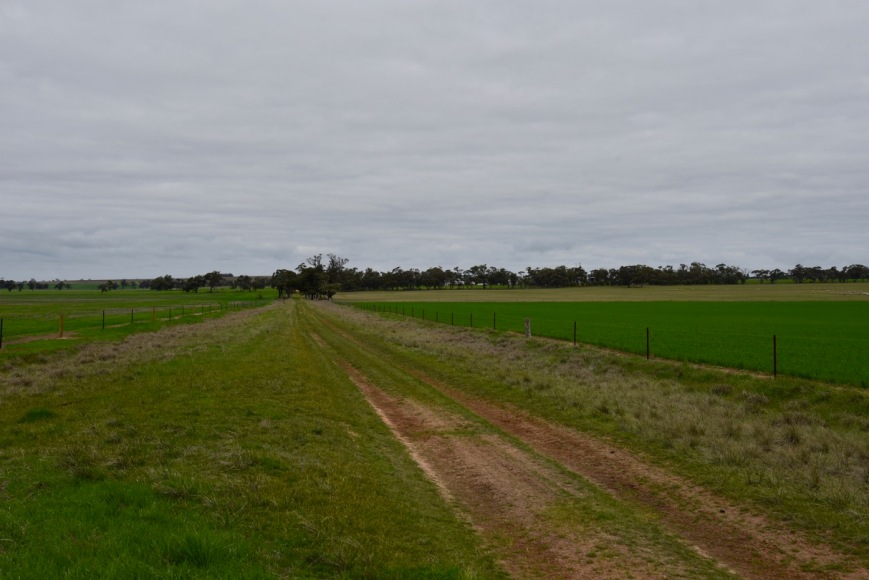 Above:- Access track to the park from Broughton Road.

We soon reached the southwestern corner of the park which was well signposted. 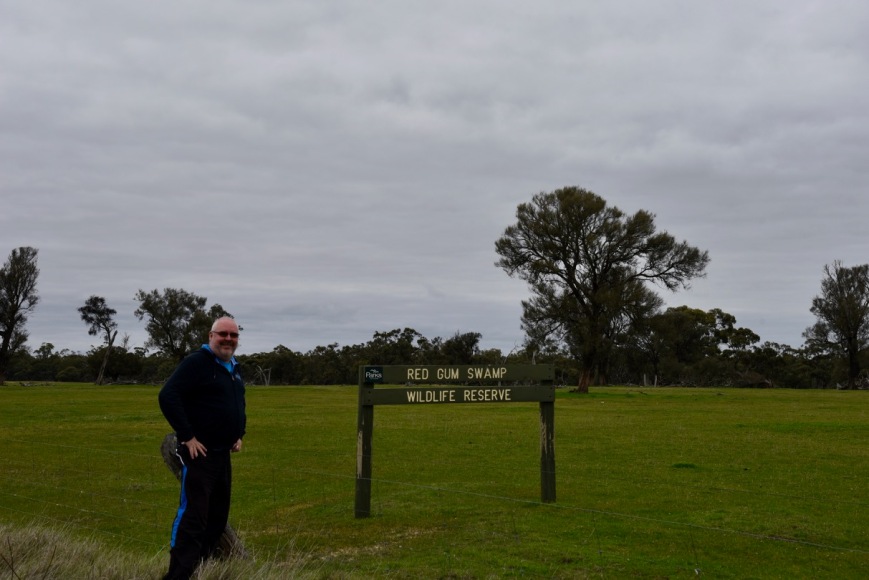 The Red Gum Swamp (Yanac) Wildlife Reserve is about 220 acres in size.  It takes its name from the small town and area of Yanac which was named after the Yanac-a-Yanac pastoral run which was established in 1846).  The run had a homestead near the Yanac swamp which is about 4 km south-east of the village.  This swamp is not to be confused with the Red Gum Swamp.  It is believed that the name was derived from an Aboriginal expression describing bats flying at night. Above:- The Yanac railway station, c. 1940s.  Image courtesy of ‘Wimmera Way Back When’.

Due to the establishment of the railway, Yanac became a minor local centre, with football, tennis and rifle clubs.  In 1921 a public hall was built.  The Yanac general store remained open until about 1998.   In addition to the store, post office and silos, Yanac has a recreation reserve, a hall, a Uniting church.  The 1990s saw several closures in Yanac including the school (1993), the Lutheran church (1995) and the Salvation Army Hall (1998). 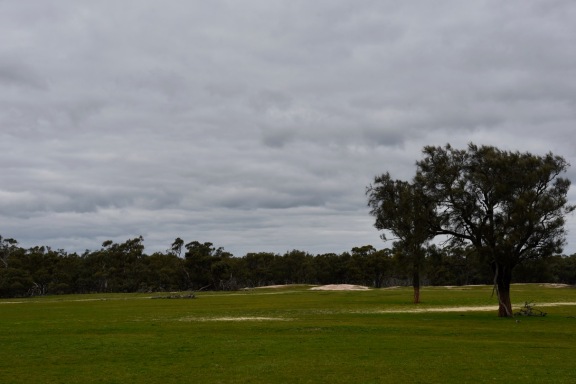 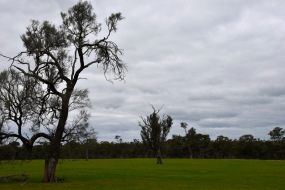 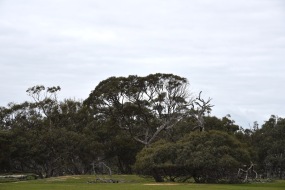 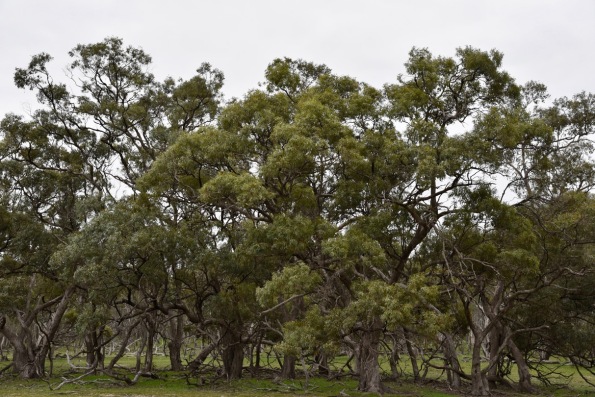 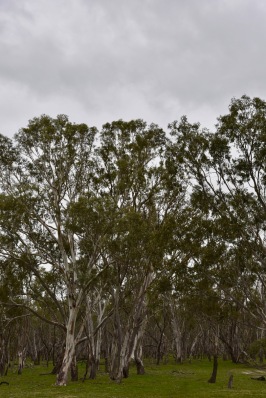 We set up on the western side of the park.  We found a gate, however, it was locked, so we climbed over the fence and set up just inside the boundary fence.  Again for this activation, we ran the Yaesu FT-857d and the 20/40/80m linked dipole. Above:- An aerial view of the park showing our operating spot.  Image courtesy of Google maps

Prior to calling CQ we tuned across the band and found Mark VK4SMA/p calling CQ from the Lockyer National Park VKFF-0719.  After logging Mark I moved down the band to 7.139 and started calling CQ.  Cliff VK2NP was the first to come back to my call, followed by John VK4TJ and then Jim VK1AT.

It didn’t take me long, just 6 minutes, and I had contact number ten in the log, a contact with Gerard VK2IO/5 who was activating SOTA peak St Marys Peak VK5/ NE-001 in the Flinders Ranges National Park VKFF-0176.  Mary also took the opportunity of logging the SOTA summit and Park to Park with Gerard.

I logged a further 6 six stations from VK2. VK3, VK4, and VK7, before swapping the mic with Marija.  This included another Park to Park, with Adam VK2YK/p who was activating the Hunter Wetlands National Park VKFF-0595. 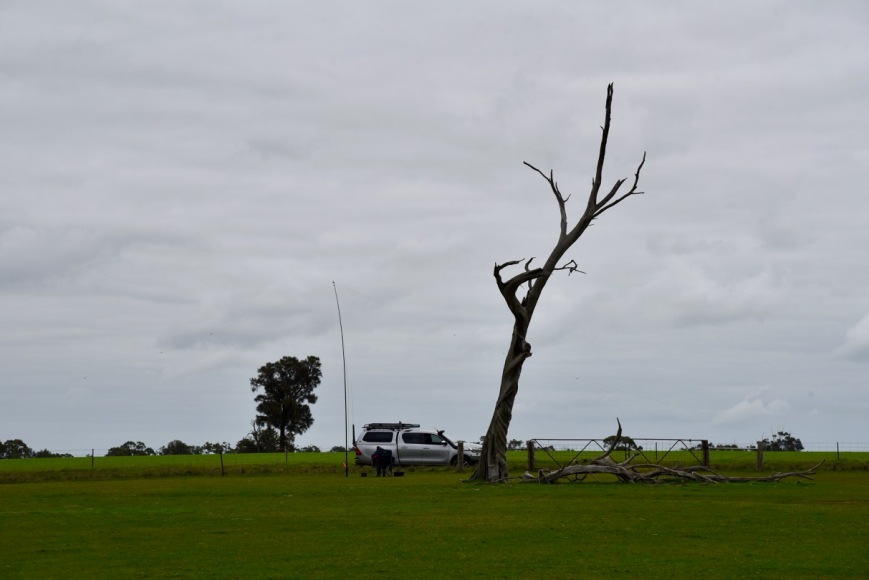 Having lowered the power down to 10 watts for Marija to work Adam VK2YK/p, we decided it was a good opportunity for Marija to stay in the operator’s chair and get her ten contacts to qualify the park for VKFF.

Marija called CQ which was answered by a number of the park regulars, Lee VK2LEE, Peter VK3PF, and then Ray VK4NH.  Shortly thereafter, Marija had ten contacts in the log with a QSO with Mark VK4SMA/p in the Lockyer National Park VKFF-0719.

Happy with having qualified the park for VKFF, we again swapped the mic. 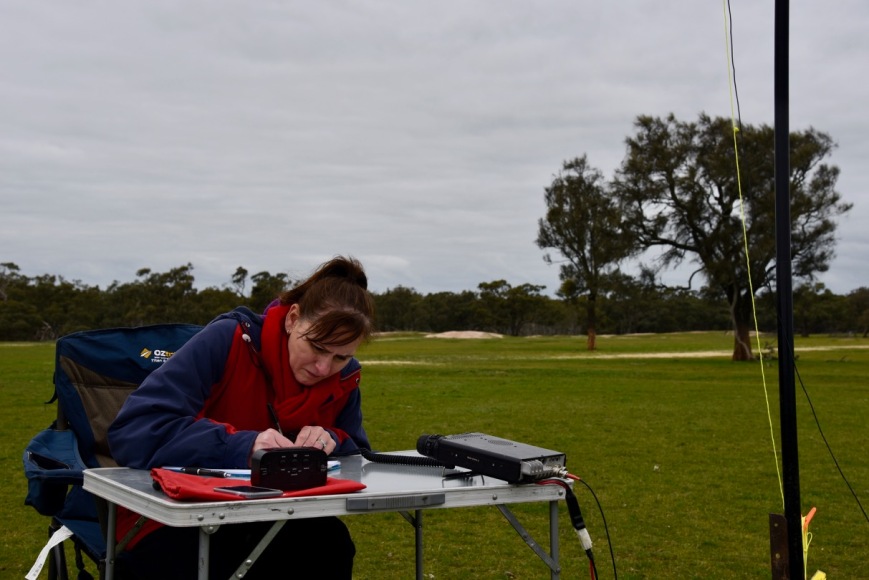 I called CQ again on 7.139 which was answered by Brett VK2VW.  It was once again clear that there was very little if any, propagation around Victoria and back into South Australia on 40m.  So with 29 contacts in the log, I headed off to the 80m band.

Marija placed a spot up for me on parksnpeaks and I called CQ on 3.610.  John Vk5BJE came back to my call with a good strong 5/9 signal from the Adelaide Hills, followed by Ken VK2KYO, and then Adrian VK5FANA.

We were cognizant of time and wanted to fit in as many parks during the day as possible, so my thanks go out to John VK5NJ and Peter VK3PF who gave me some of their other calls to go towards my tally of 44.  I also logged Gerard VK2IO/5 for a second band from St Marys Peak VK5/ NE-001 & Flinders Ranges National Park VKFF-0176. 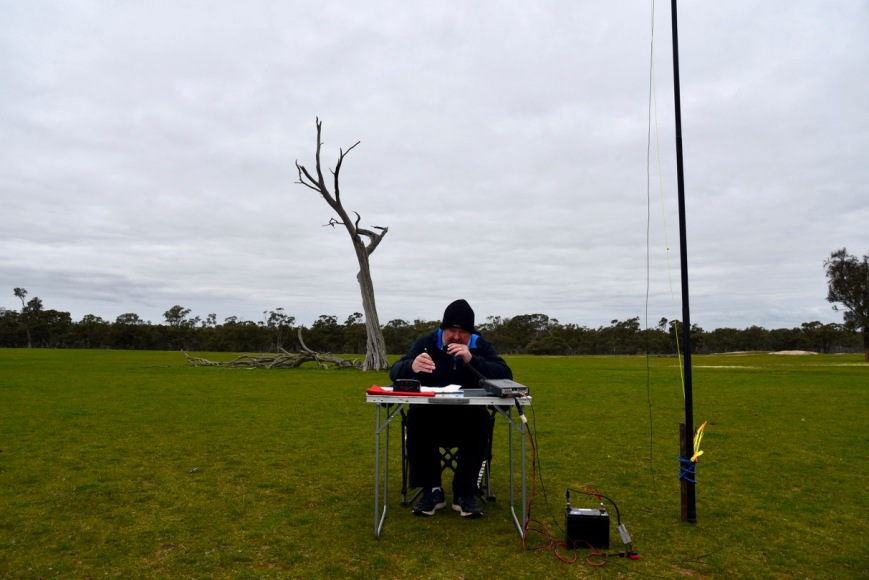