Without a shadow of a doubt, one of my favourite parks in South Australia, is the Talisker Conservation Park (CP), situated on the Fleurieu Peninsula, about 100 km south of Adelaide.  This was my second activation for Australia Day 2015.

The park is just a short drive from Black Bullock Hill, VK5/ SE-016 (my SOTA activation).  I travelled back up Tent Rock Road and turned left onto Three Bridges Road and headed west until I reached Range Road West, where I turned left.  About 1.5 km further up you will reach Rarkang Road.  There are some signs here indicating the old Talisker Mine.  Turn left into Rarkang Road.  Travel another @1 km south along Rarkang Road, and you will reach the intersection with Talisker Road.  You can continue south along Rarkang Road (it becomes a dead end – to private property) and follow the eastern boundary of the park, but your options along there to set up are limited.  The scrub is very thick and there is nowhere really for you to park your car.  Plus, there are a number of holiday homes on the western side of the road, which may throw off some noise on the bands.  So I took Talisker Road and headed south west.  Talisker Road cuts right through the heart of the park.

This is very pretty scenery through here.  The terrain is quite steep and the scrub is very thick.  There are some sensational views of nearby Kangaroo Island.  If you are in a conventional vehicle, take it a little easy, as although the dirt road is in good condition, it is quite steep in sections and can be a little slippery undertoe.

Talisker CP is about 212 hectares in size and preserves some very beautiful native scrub.  The park was established in 1985 and contains remnants of Fleurieu Peninsula scrub, some steep walking tracks and the heritage-listed remains of a nineteenth century silver and lead mine.  The park had been the scene of intermittent mining activity until it was gazetted on 28th November 1985 as a Conservation Park (Wikipedia and other sites state 1976).

The park is home to a large variety of wildlife including Western Grey kangaroos, Southern Brown bandicoots, and Short-beaked echidnas.  It was alive with birdlife whilst I was there, including Superb Blue Wrens and Yellow tailed black cockatoos.  And again, the native flowers were out, attracting a huge number of butterflys.

I have activated Talisker CP once before, back in April 2014.  For more information on that activation, please have a look at my previous post…..

I set up on the north western side of Talisker Road at the old camping ground area.  Unfortunately, the track leading to the cleared area is now blocked off for vehicles.  But there is a carpark here and you can walk a short distance to this area and the toilet block.  I set up my little fold up table and deck chair.  However, if I had looked a bit closer, there is a wooden table and benches on the other side of the scrub, under some beautiful shady trees.  Just perfect for an activation.

For this park activation I used my Yaesu FT-857d, ran 40 watts output, and the 40m/20m linked dipole.  The ground was way too hard for me to use the  squid pole holder, so I improvised and used a small sapling to secure the squid pole, with an octopus strap.  Not ideal, but it worked.

Again, for this activation, I used the special call of AX5PAS, as it was AUSTRALIA DAY.  We only get to use that special prefix three times a year, so I thought I would put it to good use.  I found 7.095 to be clear, which was my nominated operating frequency.  I aksed if the frequency was in use and was immediately greeted by my old mate, Larry VK5LY in The Riverland.  Larry was a beautiful 5/9 and he returned me the compliment and gave me a 5/9 signal report.  This was followed by a contact with Greg VK5GJ at Meadows in the Adelaide Hills, running QRP, just 4 watts (5/4 sent & 5/9 received).  Another good mate then called in, Dave AX3VCE in north western Victoria, followed by Amanda VK3FQSO, running QRP again.  And again this time, just 500 milliwatts, with an excellent 5/5 signal from Wedderburn.

About 8 QSOs later, I received a call from Marshall AX3MRG who was portable in the Lake Eildon National Park, which qualifies for both the Keith Roget Memorial National Parks Award and the World Wide Flora Fauna (WWFF) program.  Marshall had a good 5/4 signal coming into Talisker.  Two QSO’s later, I spoke with Andrew VK1DA who was portable on SOTA peak, Mount Mundoonen, VK2/ ST-053, east of Yass.  Andrew had a good 5/4 signal into the Fleurieu.  And then a few QSOs later I was called by Tony AX3CAT who was on SOTA peak Britannia Range, VK3/ VC-011, east of Melbourne (5/7 both ways).

I continued to work the VK stations, including some QRP and mobile stations.  This included Peter VK3TKK running just 5 watts (5/5 both ways), Andrew AX3ARR also running 5 watts (5/9 both ways), Ian VK5CZ mobile 20 km north of Clare (5/8 sent & 5/9 received), and then Greg VK5ZGY who was mobile in the South East.

And then to my surprise I received a call from Mark VK6BSA near Esperance in Western Australia.  Mark was a good strong 5/8 signal and gave me a 5/3 signal report in return.  It is not very often that I’ve worked into VK6 on 40m, at this time of the day whilst portable.

A few QSOs later I was called by Tom AX5AA and Col VK5HCF, both portable in the Dingley Dell Conservation Park.  They were coming in well, with 5/9 signals from the South East.  A lot better than we had experienced earlier whilst I was on Black Bullock Hill.  It was great to get Tom and Col in the log, and have a VK5 ‘park to park’ contact for the VK5 Parks Award.

And then a few QSOs later I received a call from Tony AX3CMZ at an Australia Day event near Bendigo.  Tony was struggling to hear me a bit, as there was lots of man made noise QRN at his end, at the event which had about 2,000 people in attendance.  I then worked another QRP station.  This time, Nev VK5WG running just 5 watts from his little X1M transceiver (5/9 both ways).

When the activity on 40 m had slowed, I took the opportunity of lowering the squid pole and removing the links in the dipole, and trying my luck on the 20 m band.  I put out a CQ call and this was answered by Frank VK3GFS/2, portable at his son Adam VK2YK’s house near Newcastle.  Frank was a fantastic 5/9 plus signal.  I also spoke with Adam VK2YK (had spoken with him a little earlier on 40m).   But during one of Adam’s overs on 20m, a signficant ‘whooshiing’ sound came onto the frequency and lasted for about 20 seconds.  It was very loud and very pronounced.  I thought that maybe something was wrong with the antenna, so I quickly tuned down the band, only to find that the noise was across the portion of the 20m band that I listened to.  And Adam’s signal had dropped from 5/9 plus to about 5/8, and there was lots of noise on the frequency.  Adam then handed it back to me, and I informed Adam of what I had just heard on the band.  When I handed it back to Adam, he reported that the noise floor had also increased significantly and my signal had dropped dramatically as well.  We both came to the conclusion that it was most likely due to a solar flare or Coronal Mass Ejection (CME).  Anyway I pushed on, and called CQ again, and this was answered by Nigel VK6NI, near Denmark in Western Australia.  Nigel was my final contact in the park (5/8 sent and 5/3 received).

Following my activation and packing up the gear, I decided to go for a look at the old mining area.  The park incorporates the old Talisker silver-lead mine, which is of significant heritage value.  Silver was discovered in 1862 by John McLeod.  The area was named after a locality on the Isle of Skye in Scotland.  Below are some photographs of Talisker in Scotland. 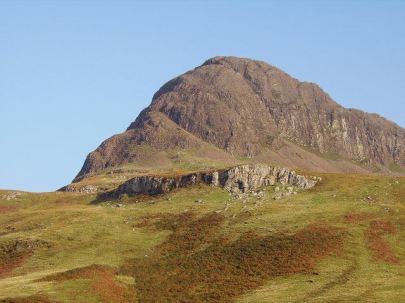 I highly recommend taking the walk down to the mine.  It is a little steep, but the walk is graded as ‘moderate’.  Take your time.  It is worth the effort.  There are interpretive signs along the way, with some magnificent ruins still in tact.  Lots of history there to be seen.

The Talisker mine employed Cornish miners and supported a nearby township called Silverton.  The population of Silverton grew to 3000 at its peak in 1870.  The Talisker Mining Company worked the mine until falling ore grades and a lack of finance, forced the mine’s closure in 1872.  Between 1917 to 1920, the mine was worked again, mainly for arsenic.

The former Postcards television program, visited the area some years ago.  Here is a link….

And there is also an excellent brochure on the history of the mine, written by Mines & Energy South Australia.  Here is a link…..

Below are some photographs of the mine from the South Australian State Library online collection….

After having a look around the mining area, I walked up to the lookout area.  This is just a short 10 minute walk from the carpark, and again, well worth the effort.  You will be rewarded with some spectacular views of Kangaroo Island, the surrounding countryside including the Starfish Hill windfarm, and the mining area.

I found the photos below on the State Library site.  Thought people might like to see the ‘then and now’ photographs….

After I had finished walking around the mining area, I drove a little further south west along Talisker Road.  The road becomes a dead end and unfortunately there is no access to the coast, as the land becomes private property.  However, it is well worth going to for a look as there are some spectacular views across Backstairs Passage to Kangaroo Island.  You will also be able to view the south western side of the park.

This was a very enjoyable activation, with a total of 43 contacts in the log over an hour & 20 minute period.  This included two SOTA contacts, one Victorian National Park, and one South Australian Conservation Park.

Department of Environment and Natural Resources, ‘Parks of the Fleurieu Peninusla’, June 2011