I had driven passed the Murray Valley National Park VKFF-1178 on my way in to Barmah on Saturday evening, and had decided to active this park on the afternoon of Sunday 13th November 2016.  Murray Valley National Park is located just outside of Barmah, over the Murray River in New South Wales.  This was to be another unique park for me as an activator for the World Wide Flora Fauna (WWFF) program.

Above:- Map showing the location of the Murray Valley National Park along the New South Wales and Victoria border.  Map courtesy of Protected Planet.

So after packing up at Barmah National Park I drove back into the little town of Barmah, and over the Barmah bridge on the Murray River and into New South Wales.  A few hundred metres over the bridge on the northern side of the road is an entry point to the Murray Valley National Park.  It is well signposted.

I drove in to the park on Barmah River Road which is a little dirt track.   Dutring dryer conditions this track could be passed in a conventional vehicle, but certainly not on this occasion.  It was very wet and slippery and was only negotiable via 4WD.  A short distance along the track, Barmah River Road ventures off to the right towards the Murray River.  Ferry Road continues on further into the park and was not passable due to all the rain.

Murray Valley National Park is 41,601 hectares in size (102,800 acres).  It was established to protect the majestic River Red Gum forests of the Riverina region of New South Wales.  The park is part of the largest continuous Red Gum forest in the world and contains over 60 threatened native animal species and 40 threatened plant species. 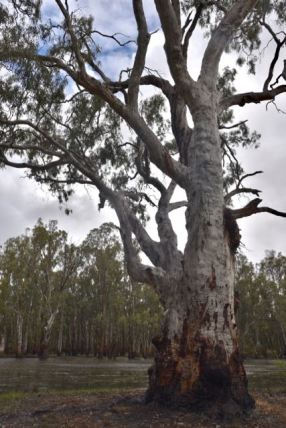 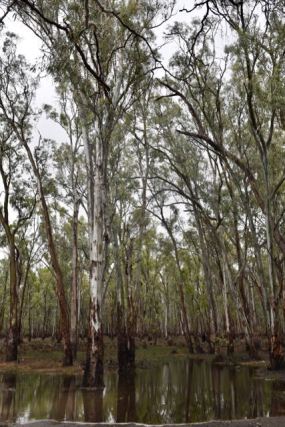 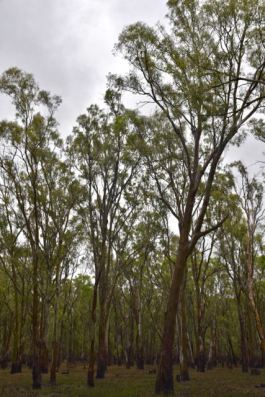 I headed down close to the Murray River itself which was flowing exceedingly well after all the rain. 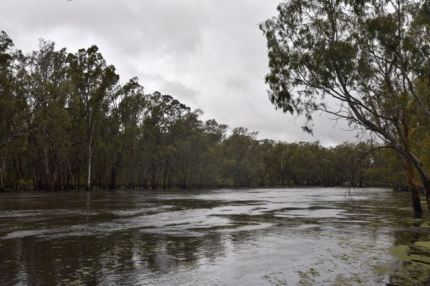 As it was still drizzling with rain and the mosquitos were out in force, I decided to operate from the vehicle again.  I set up the 80/40/20m linked dipole, getting very wet in the process and then ran the Yaseu Ft-857d from the passenger seat of my Toyota Hi Lux.

I headed to 7.144 and started calling CQ and this was answered by David VK5PL with a lovely 5/9 signal.  This was followed by Tim VK3MTB who was operating portable in the Morwell National Park VKFF-0626.  I went on to work a total of 57 stations on 7.144 including the following Park to Park contacts:

I also spoke with Peter VK3PF who was activating Mount Taylor VK3/ VG-142 for the Summits on the Air program, and Gerald VK2HBG who was operating the special call of VI2HQ40 for the 40th anniversary of the Mid South Coast Amateur Radio Club. 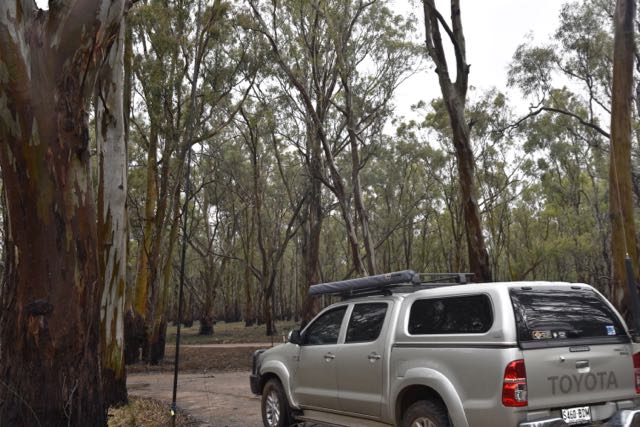 When callers slowed I took the opportunity of looking across the 40m band and found Gerard VK2IO on 7.140 activating the Jervis Bay National Park VKFF-0249.  I then headed to 20m and called VQ on 14.310.  This was answered by Rick VK4RF/VK4HA and then Mike VK6MB.  But despite conditions being quite good on 20m, they were my only callers.  My only other company on the 20m band was the Over the Horizon Radar.

So I headed back to 40m and found a clear spot on 7.120 and called CQ again.  This was answered by Allen VK3ARH who was portable in the Errinundra Nationa Park VKFF-0158.  I worked a further 20 stations from VK2, VK5, and VK7 before calling it a day. 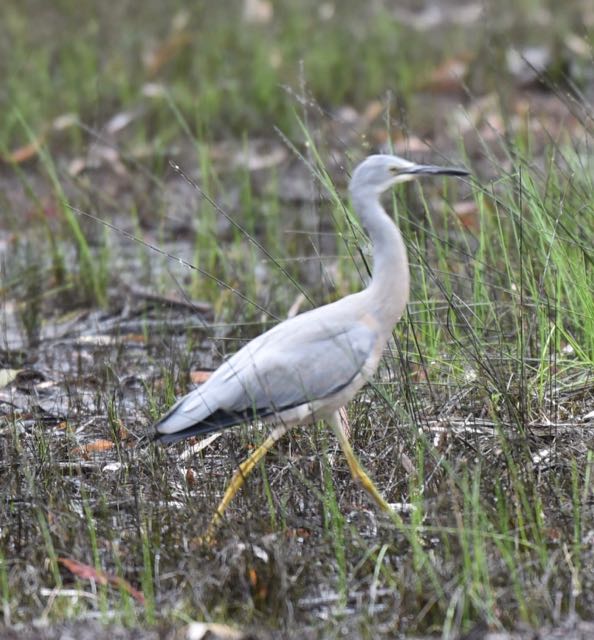 After 2 and 1/2 hours in the Murray Valley National Park I had a total of72 contacts in the log, including 10 Park to Park contacts.

At the end of the activation I headed for the Barmah Hotel, hoping to enjoy a nice steak as I had the night before.  But sadly they did not serve meals on a Sunday evening, so that meant a 60 km round trip to Echuca for a meal.  On the way back from Echuca I spoke with Gerard VK2IO who was portable in the Jervis Bay Marine National Park VKFF-1408.