It was now day six, Wednesday 21st November 2018.  Marija and I headed out for breakfast to Fraga’s Cafe in Marysville and enjoyed some nice poached eggs on toast with bacon, and some refreshing coffee.  It was a cloudy morning, with occasional light drizzle, and it provided some more opportunities for a bit of bird photography.

We then headed to Mount Gordon VK3/ VN-027, our first activation for the day.  Mount Gordon is situated about 6 km (by road) west of Marysville, and about 96 km north east of the city of Melbourne.

Mount Gordon is 764 metres above sea level and is worth 4 points for the Summits on the Air (SOTA) program.  This would be a first time activation of this summit by Marija and I.  It had been activated a total of 55 times previously, so it is a popular summit.  Most likely due to its easy access and relatively close proximity to Melbourne.

We drove south out of Marysville on the Marysville Road, with the summit soon coming into view.  Fortunately the rain was holding off.  It had rained quite heavily the night before, and Marija and I were hopeful that it would remain relatively clear for the day.

A short distance out of Marysville we turned right onto Mount Gordon Road.  This is a dirt track, but in good condition, and easily passable in a conventional vehicle.  We soon reached the summit which was dominated by a number of communication towers.

Maps showed that the Mount Gordon Track formed a loop up to, and down from the summit.

But this was not the case.  The road was closed.  It was one way up and one way down. 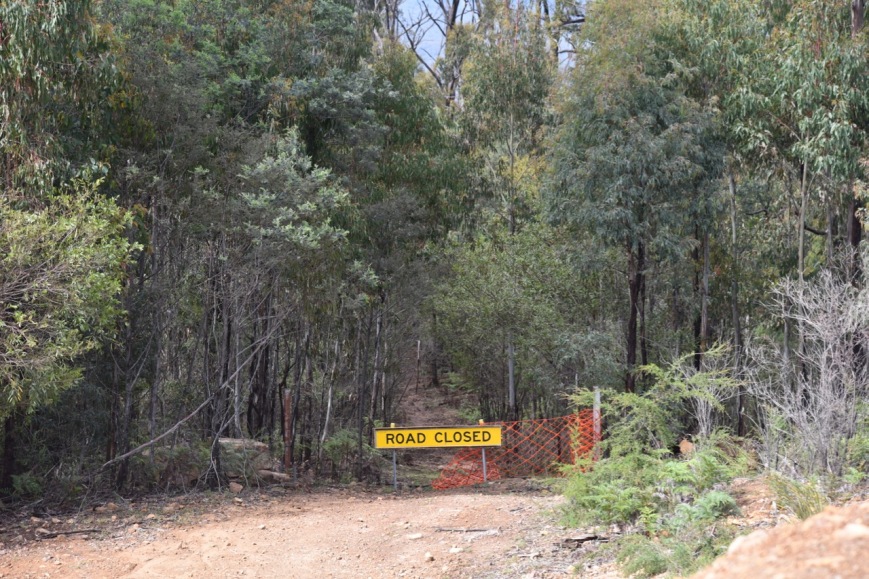 On the way up to the summit there were some reasonable views through the trees of the surrounding countryside.  But once up on the summit, the only clear view was north back down Mount Gordon Road. 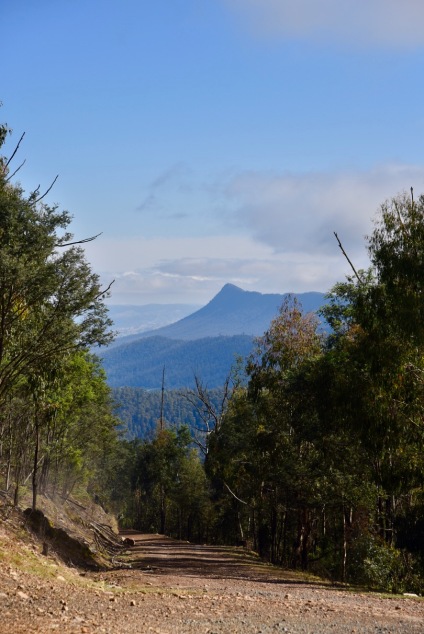 There was the occasional view through the trees to Marysville, which was partially clouded over.

There weren’t a huge lot of options here on the summit for operating spots.  We were hoping that as it was a chilly morning there wouldn’t be too many visitors to the summit.  We set up on the side of the track, below the fire spotting tower.

Marija threw up a spot for me on parksnpeaks and I started calling CQ on 7.098.  There was a net on 7.093, so we couldn’t get on to the normal SOTA frequency of 7.090.  First in the log was Karl VK2ADB, then Gerard VK2IO, Peter VK3PF, and then Paul VK3HN.  I had qualified the summit.  I logged 1 more station, Adam VK2YK, before handing the microphone to Marija.

Marija’s first contact was with John VK2YW, followed by Barry VK5KBJ/m mobile, Les VK5KLD, and then Tony VK4FAAT.  Marija had also qualified the summit.  Marija logged a further 3 stations, before I jumped back on the mic again, ramping the power back up from 10 watts to 40 watts. 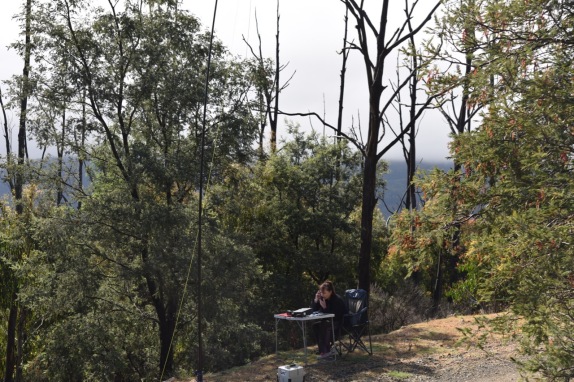 I logged a further 6 stations on 40m from VK4 and VK5, before heading to 3.610 on the 80m band.  There I logged 4 stations, all Victorian (VK3) stations.  To complete the activation I moved to 14.310 on the 20m band where I experienced strength 5 noise.  However, I managed to log 9 stations on 20m including two New Zealand stations: Andrei ZL1TM, and Daniel ZL4DVG.

We had quite a few things planned for the day, so with the summit qualified, Marija and I packed up and headed off.

But before leaving the summit we drove to a point near the Woods Lookout Track.  This offered the best views of the surrounding countryside. 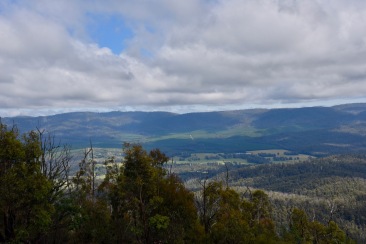