After leaving Mount Wombat, Marija and I drove to the little town of Strathbogie, which was named after the Strathbogie pastoral run (1843) which was subdivided from the Seven Creeks run (1838).  The town is surrounded by the Strathbogie Ranges, once a notorious hideout for Ned Kelly and his gang of bushrangers.  Wool production has become the main industry in the area.

We stopped to have a look at the Merino Sheep monument.  The model was presented to the Strathbogie community by Toyobo Co Ltd of Japan, and C. Itoh & Co Ltd of Japan, in recognition of production by local farmers of high quality fine merino wool bought and process by the Japanese to manufacture quality wool material.

Above:- The Merino Sheep monument.

Marija and I then headed to the Seven Creeks Wildlife Reserve VKFF-2435, for a quick activation from the vehicle, as it was continuing to drizzle with rain.  The reserve is located about 4 km south east of Strathbogie, and about 122 km north of the city of Melbourne.

The park is located in the scenic Strathbogie Ranges, and features a unique system of granite outcrops, and year-round cascading waterfalls and deep pools.  Seven Creeks, which originates on the Strathbogie plateau above the township of Strathbogie, flows through the reserve.  The river is the habitat of numerous native fish species, including the nationally endangered Trout Cod, and Macquarie Perch.

The Seven Creeks Wildlife Reserve forms part of the traditional land of the Taungurung aboriginal clans.  The people of Yaran-yilam and Yiran-yilam bulock clans occupied the vast area around the Sven Creeks region prior to European colonisation.  The rich resources of the permanent rivers, creeks, tributaries, and assocated floodplains of the area enabled the Taungurung people to access an abundance of fish and other wildlife.

We activated the reserve from the Polly McQinns Weir picnic area.  Polly Mcquinns Weir is one of Euroa’s five water storages.  In 1933 the tender was accepted for the construction of the 30 million gallon weir. 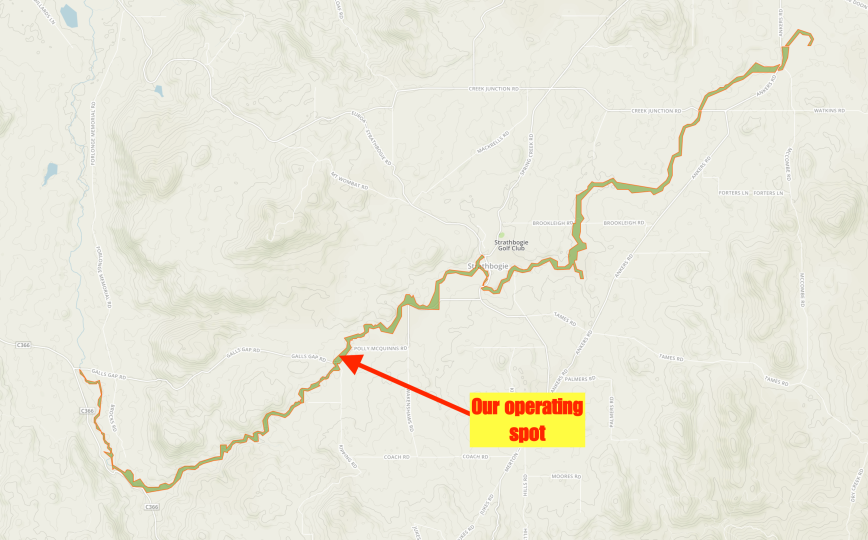 It is from here that Seven Creeks descends a steep granite escarpment, and eventually cascading over Gooram Falls, which we would later visit.  Sven Creeks then flows through a confined valley to the town of Euroa, emerging onto the riverine plain.  It then joins the Goulburn River south of Shepparton. 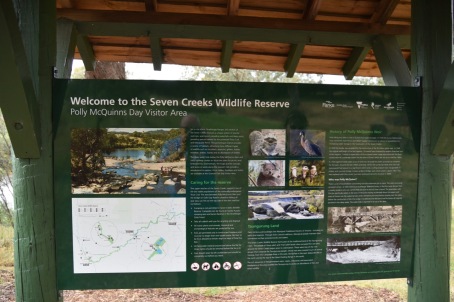 Who was Polly McQuinn?  There is much local folklore as to how this area was named.  The most commonly accepted version is that the name derives from a nearby resident who was named Polly because he did not have a beard.  Apparently McQuinn accidentally drove his wagon and team of horses into the watering hole whilst attempting to cross the rocks, prior to the construction of the first bridge.  It is said that McQuinn and his horses all tragically perished in the 9m deep water.

Despite the shower activity and our disapointment that we could not operate from outside of the vehicle, the rain did work in our favour as the water was running well across the granite outcrop.  It was a beautiful spot.

It was also an opportunity for me to take a few bird photographs.  The park is also home to a variety of native wildlife including microbats, possums, gliders, koalas, kangaroos, echidnas, snakes, and lizards. 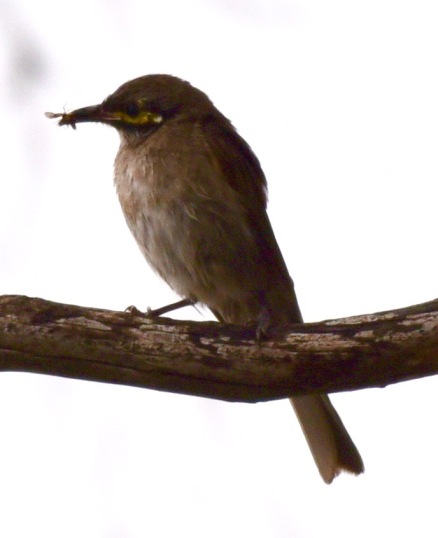 Unfortunately we had no internet access in the park, so we were unable to place a self spot on parksnpeaks.  I called CQ on 7.144, competing with the strength 9 + static crashes, due to the unstable weather.  After a few minutes, Dave VK7LG came back to my call with a strong 5/9 signal.  This was followed by Grant VK2LX , Rod VK7FRJG, and then Al VK7AN.  But that was the extent of callers on 40m.  It wasn’t looking good, getting to my 10 contacts.

I then moved to 3.610 on the 80m band and called CQ.  Peter VK3PF came back to my call, and kindly gave me his 2 other calls of VK3KAI and VK3GV.  Geoff VK3SQ then called in from Beechworth, but as quick as 40m, callers on 80m dried up.  Sadly the rain wasn’t though.

I was now just 1 short, so I headed back to 40m and called CQ on 7.144.  Gerard VK2IO was my saviour, being contact number 10.  I then logged Andy VK5LA, and it was at this time that the heavens really opened up and we started to experience some lightning.  It was time to go QRT and hit the road.

Sorry to anyone else who would have liked this park.  It is one that Marija and I will definitely be re-visiting.

We then drove along Galls Gap Road and then south on the Euroa-Mansfield Road.  Although it was drizzling, Marija and I decided to do the walk at Gooram Falls, which features a system of granite outcrops, year round cascading waterfalls and deep pools.  The name Gooram is derived from the Taungurung aboriginal word for hunting ground, spelt Guram in the Taungurung language. 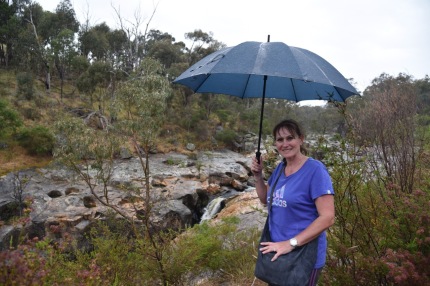 And despite getting totally soaked, it was a very rewarding walk, with terrific views of the gorge and the cascading waterfalls. 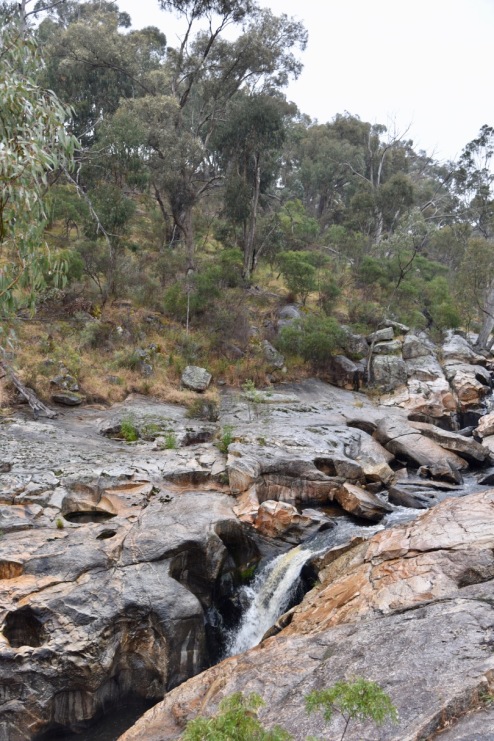 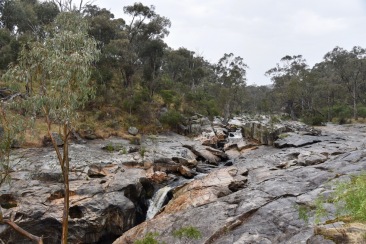 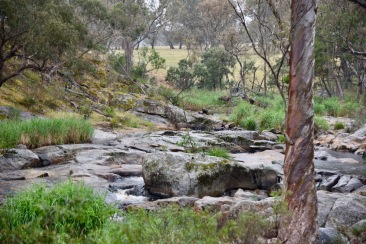 We then drove into the town of Alexandra, which was settled during the late 1860’s.  Our first stop here was to have a quick look at the Monument for explorers Hume and Hovell, who passed through the area on 3rd December 1824.

We then had a look at the replcia of The Red Gate.  The town of Alexandra was originally known as the Red Gate by early settlers and Red Gate Diggings by gold miners in late 1866.  The Red Gate situated on the banks of the Ultima Thule Creek marked the break in the boundary fence between two pastoral runs. 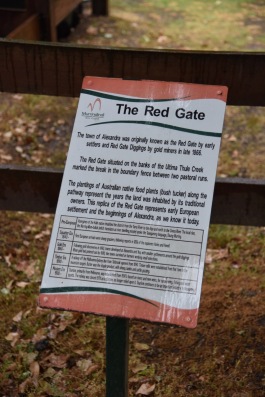 We then stopped to look at the Princess Alexandra marble statue, the work of English sculptor Charles Somers, commissioned in 1878.  It was originally located in the National Gallery in Melbourne, until offered to and accepted by the Shire of Alexandra in 1939. 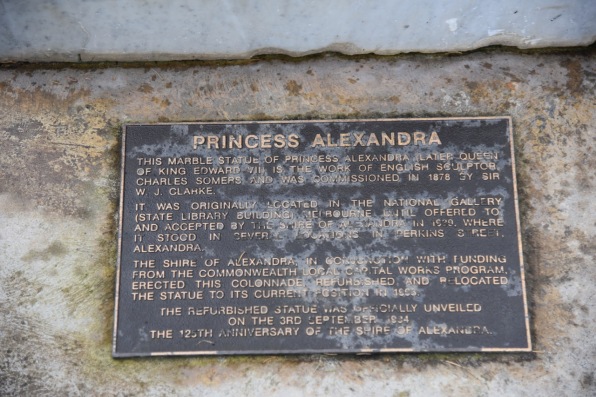 We continued south on the Maroondah Highway, and soon reached our destination of the town of Marysville, where we had booked in to stay three nights. 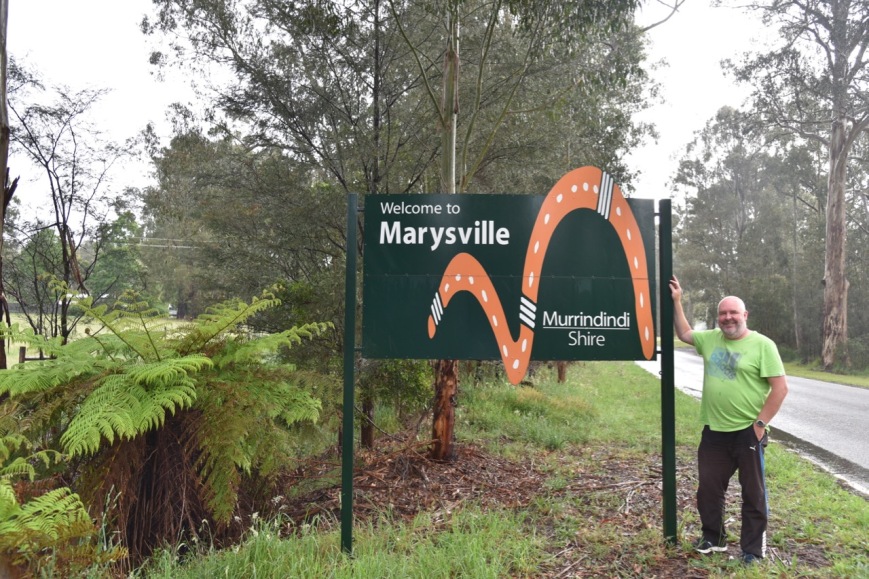 Our accomodation was the Vibe Hotel in Marysville. 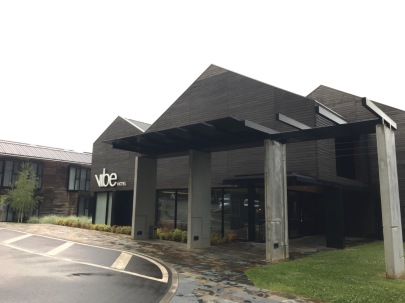 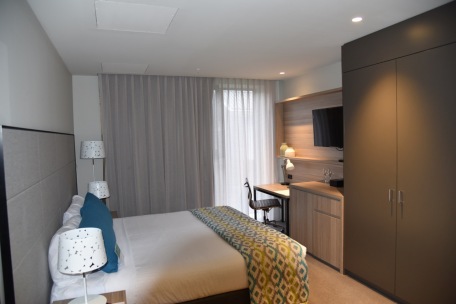 After freshening up we headed out for tea to the restaurant at the Vibe, and enjoyed a nice (but expensive) meal. 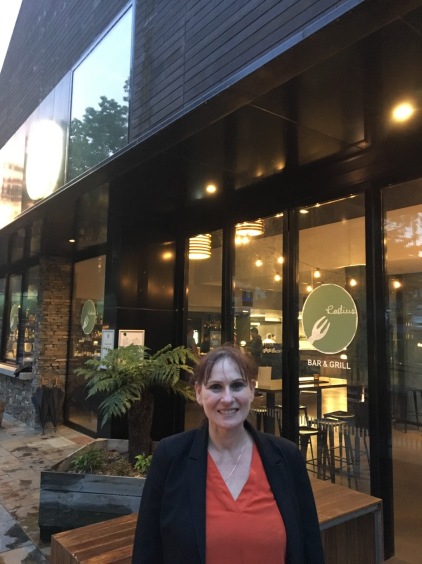