Our next intended activation was the Cressy Flora Reserve VKFF-2301, which is located about 138 km west of Melbourne.  This would be another unique park for Marija and I as activators in the World Wide Flora Fauna (WWFF) program.

Above:- Map showing the location of the Cressy Flora Reserve.  Map courtesy of Protected Planet.

But prior to getting to the park, we stopped off to have a look at the historic Barunah Plains Homestead which is located on the Hamilton Highway at Hesse. The sign on the highway indicated it was private property, and we could not find any detailed information on the internet about access.  So we decided to try our hand, and drove down the driveway.  We spoke with the groundsman who kindly allowed us to have a look around the property.

The Barunah Plains Homestead is a heritage listed homestead which dates from 1866.  Additions and alterations were made in the late 19th century, and again between 1900-1910.  The property also includes formal gardens, a bakehouse and laundry, stables, coach house, implement shed, a woolshed, two bluestone cottages and a ram shed.

The Cressy Flora Reserve supports remnant native grassland, and you could easily mistake the park for just a simple paddock on the edge of the Hamilton Highway.  Vast native grasslands and grassy woodlands once covered the volcanic plains surrounding Cressy.  Unfortunately very few of these remain today.

The loss of these grasslands has occurred since European settlement, as a result of cropping and grazing.  This dramatic loss of graslands now means that this is one of the most threatened ecosystems in Australia.

The native grasslands are home to a wide variety of flora and fauna, including the Striped Legless Lizard which is a nationally threatened species. 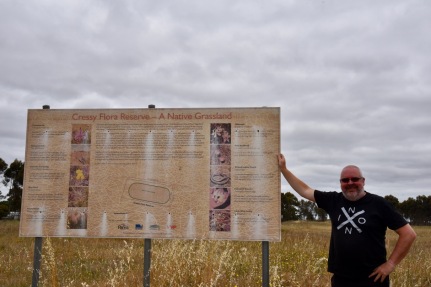 During our visit there were a number of wildflowers in bloom in amongst the dried grassland.

We drove along a dirt track, which ran parallel with the Hamilton Highway, and set up.  We ran the Yaesu FT-897 and the 20/40/80m linked dipole for this activation.

This was a busy spot, with lots of traffic travelling by on the Hamilton Highway.

I called CQ on 7.144 on the 40m band, and first in the log was Peter VK3PF, followed by Gerard VK2IO, Geoff VK3SQ, and then Dennis VK2HHA.  Peter kindly placed up a spot for us on parksnpeaks.  I logged a total of 13 stations on 40m from VK2, VK3, VK4 and VK5, before getting Marija into the activators chair. 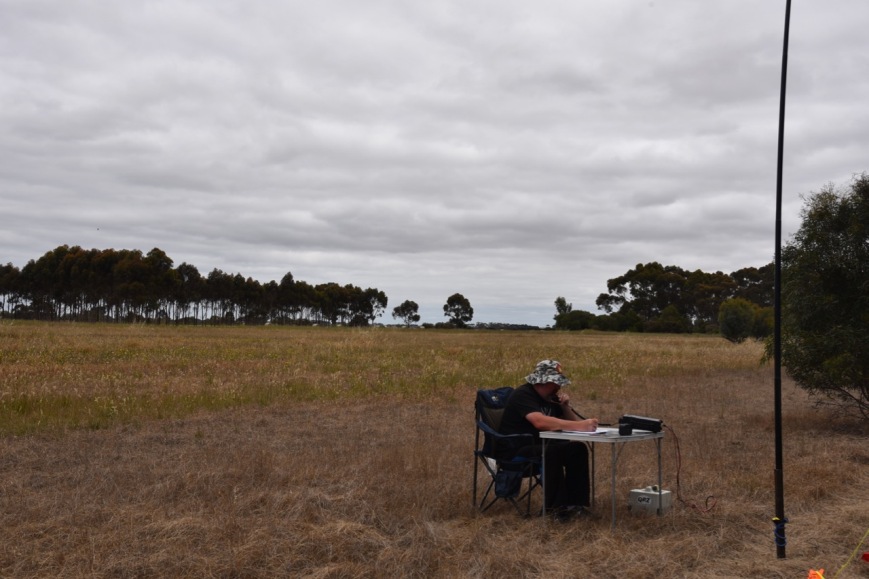 Marija’s first contact was James VK2HFC, followed by Ivan VK5HS, Adrian VK5FANA, and then Ron VK3AHR.  Marija had soon qualified the park for VKFF, with her 10th contact being Ray VK4NH.

I then returned to the mic and called CQ on 7.144 where I logged a further 6 stations, before heading to 3.610 on the 80m band.  I logged Dennis VK2HHA, Ken VK3UH, Peter VK3PF, and then Ken VK2KYO.  Despite band conditions being quite good, they were my only callers on 80m.

To complete the activation I headed to the 20m band where I logged 4 stations from VK2 and VK4. 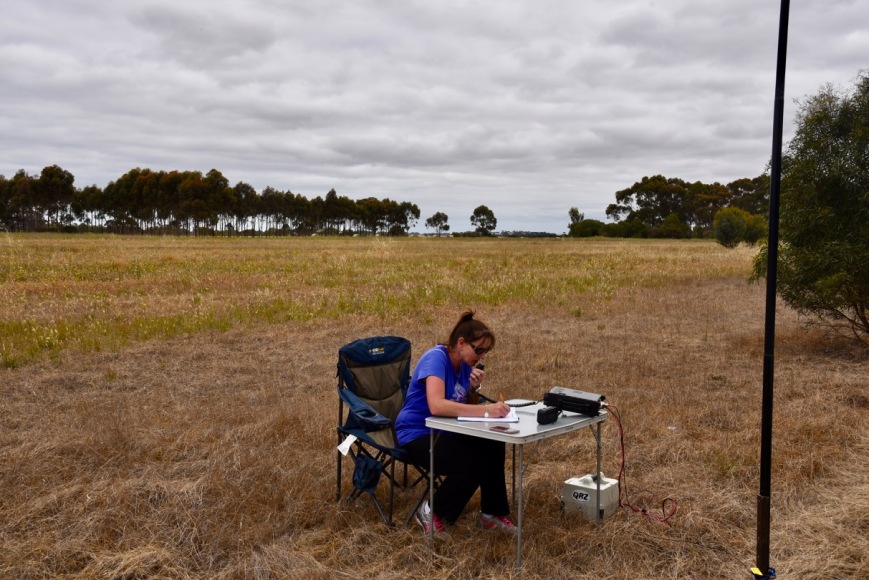 We then headed in to the town of Cressy for a quick look.  The area of Cressy was first discovered in about 1836 when George Russell reported that there was some fine inland country of treeless windswept plains with a few lakes.  In 1841 a Frenchman, Jean Duverney, was issued a licence to establish the Frenchmans Inn on the Cressy site, named after his home town in Crecy, France.  Between 1939 and 1946, the Royal Australian Air Force operated a combat training aerodrome at Cressy.