Day ten of our two week trip was now here (Sunday 25th November 2018), and it was the second day of the 2018 VKFF Activation Weekend.  After breakfast we headed out to our first park, the Mount Martha Nature Conservation Reserve VKFF-2152. This was another park which I was able to find very little about on the internet.  The park takes its named from the seaside town of Mount Martha, which was named in 1836 by Captain William Hobson, commander of HMS Rattlesnake, after Martha Lonsdale (Smythe). Martha Lonsdale was the wife of Captain Lonsdale, Port Phillip’s first Police Magistrate.

Mount Martha Nature Conservation Reserve is 50 hectares in size and includes the summit of Mount Martha which is 166 metres above sea level.  Sadly Mount Martha is not a SOTA summit, as it does not have the required 150 metres of prominence.

Mount Martha was originally the land of the Boonerwurrung aboriginal people.  Bythe early 1900’s most of the Mount Martha area had been totally cleared by the Europeans who had settled in the area.  This was initially by sheep grazers, and then for timber which was used in the bakeries in Melbourne and local lime kilns.

Mount Martha was first reserved as a public park during the 1940’s, with the concept of a ‘community forest’ being initiated in 1947.  Over the following 20 years replanting took place, including a pine forest and an Australian Native Plant Arboretum.  The pine trees were removed in 1985 and replaced with native plants.  Today, Mount Martha supports one of the few large intact remnants of Lowland Snowgum Grassy Woodland in Victoria. 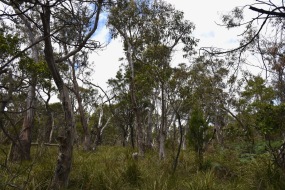 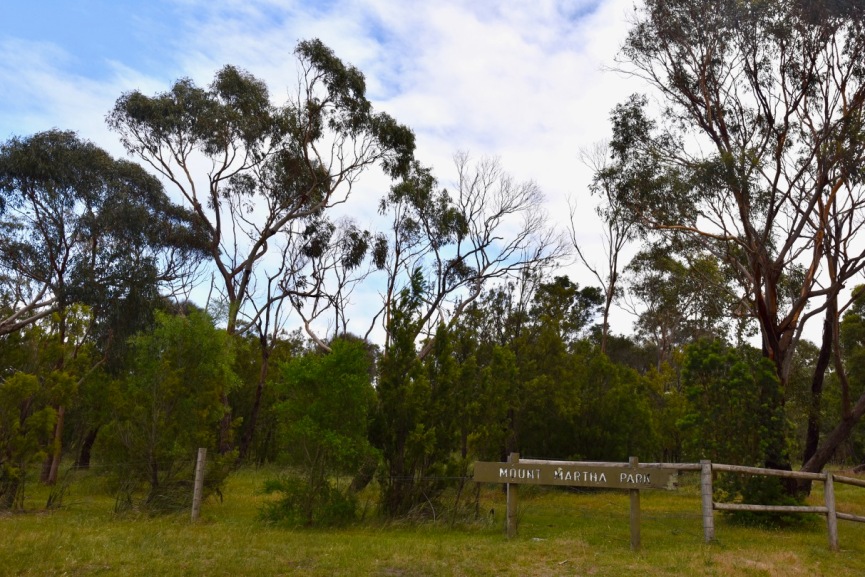 Above:- An aerial view of the Mount Martha Nature Conservation Reserve, showing our operating spot.  Image courtesy of Protected Planet.

There was plenty of room here to stretch out the 20/40/80m linked dipole without encroaching on other park users.

Marija kicked off the activation by calling CQ on 7.115.  We normally operate higher in the band, around 7.144, but being a Sunday morning, the 40m band was busy with the weekly news broadcasts from the Wireless Institute of Australia.  Marija’s first contact was a Park to Park with Gerard VK2IO/p who was activating the Yellomundee Regional Park VKFF-0558.  This was followed by Ray VK4NH, and then some more Park to Park contacts, with Peter VK2KNV/p and Liz VK2XSE/p in the Langtree Nature Reserve VKFF-2642.

We then had an unexpected visitor.  It was Peter VK3ZPF.  I had seen Peter walking down the track and initially thought he was a bushwalker, but once closer I recognised Peter.  It was great to see him.

Marija logged a total of 10 stations on 40m, qualifying the park for the VKFF program.

I then jumped into the operators chair, and Peter and I decided to swap the mic for each QSO.  First in the log was Mike VK5FMWW.  I soon had the park qualified for VKFF, with a contact with Andrew VK7DW in Tasmania.

Peter and I logged a total of 34 stations on 40m including the following Park to Park contacts:-

We then headed down to the 80m band and I called CQ on 3.610.  I didn’t take too long, and I had contact number 44 in the log, a Park to Park contact with Rob VK2QR/5 in the Gum Lagoon Conservation Park VKFF-0886.  This was followed by another Park to Park, with Malcolm VK3OAK/p in the Lake Rosine Wildlife Reserve VKFF-2362.

With the park qualified for WWFF, I then called CQ on 14.310 where I logged 5 stations including Andrei ZL1TM in New Zealand.  To complete the activation we headed back to 40m to see if there were any park activators about.  I logged Neil VK4HNS/p who was activating the Boomi West Nature Reserve VKFF-2537, and then Tony VK3XV/p in the Rokewood Common Nature Conservation Reserve VKFF-2182.

It was time to park up and head back into Sorrento for some lunch and a visit to the Sorrento Museum.  Marija and I had 64 contacts in the log between the 2 of us from Mount Martha, including 17 Park to Park contacts.

After packing up we drove east on Park Road and found that there was a major parking area and picnic area near the Park Road and Forest Drive intersection.  We stopped there briefly to have a look at the information boards at this location. 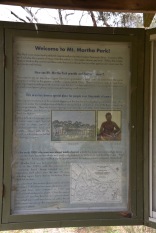 We drove back to Sorrento via The Esplanade, through Safety Beach, admiring some terrific views of the western coastline of the Mornington Peninsula. 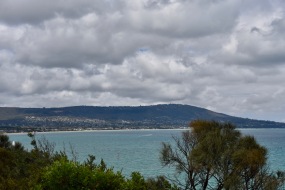 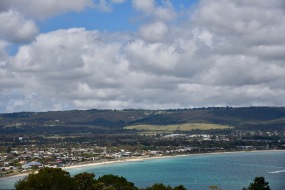 Once back in Sorrento we had a quick bite to eat, whilst waiting for the Sorrento Museum to open up at 1.30 p.m. local time.  The museum is located in the National Trust classified old Mechanics Institute, a limestone building built during the 1870’s.  The museum first opened in 1967.

We can highly recommend a visit here to the museum which is run by the Nepean Historical Society.  For just a meager $5.00 admission fee, there is an excellent display of local history.  It includes local aboriginal history and artefacts, an original water cask from the 1803 Sullivan Bay settlement, a maritime display, costumes and household items, and information on William Buckley, a convict who escaped from the settlement and lived with the local aborigines for 33 years.

Part of the museum is Watts Cottage, also known as Ilfracombe, a wattle and daub limeburners home which was built in 1869-1870.  It was the home of Sorrento pioneers John Francis Watts and his wife Jenny ‘Jane’.  They had nine children, seven of whom whilst they were living at Ilfracombe.  It is a fine example of the type of home built by early Sorrento settlers. 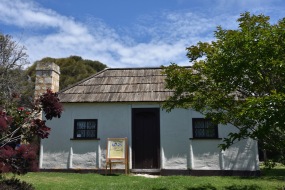 After leaving the museum we headed out to our next park activation at the Point Nepean National Park.